- Will Governor Graeme Wheeler Alter the Outlook Before His Departure in September?

The Reserve Bank of New Zealand (RBNZ) interest rate decision may spark a limited market reaction as the central bank is widely expected to keep the official cash rate at the record-low of 1.75%, but the New Zealand dollar may struggle to hold its ground should Governor Graeme Wheeler show a greater willingness to further support the economy ahead of his departure in September.

The RBNZ may continue to tame market expectations and reiterate ‘monetary policy will remain accommodative for a considerable period’ amid the uncertainty surrounding the global economy, and more of the same from the central bank may spark a similar reaction as the March meeting as Governor Wheeler appears to be in no rush to lift the cash rate from the record-low. Nevertheless, signs of stronger inflation accompanied by the ongoing improvement in the labor market may push the RBNZ to change its tune, and a less-dovish policy statement may generate a bullish reaction in NZD/USD as market participants scale back bets for additional monetary support.

As expected, the Reserve Bank of New Zealand (RBNZ) stuck to the sidelines in March, and it seems as though the central bank remains in no rush to lift the official cash rate off of the record-low as Governor Graeme Wheeler warns ‘monetary policy will remain accommodative for a considerable period.’ The New Zealand dollar struggled to hold its ground as the RBNZ continued to endorse a dovish outlook, with NZD/USD slipping below the 0.7050 region to end the day at 0.7029. 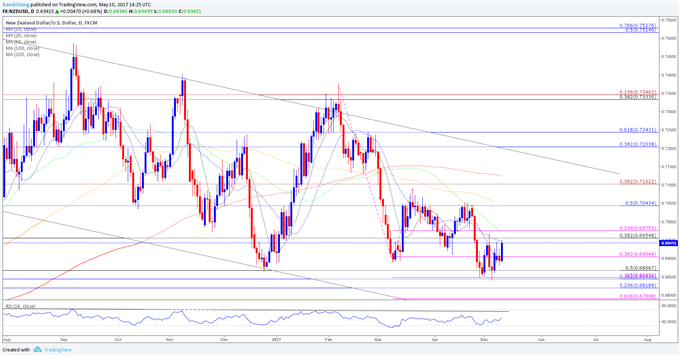 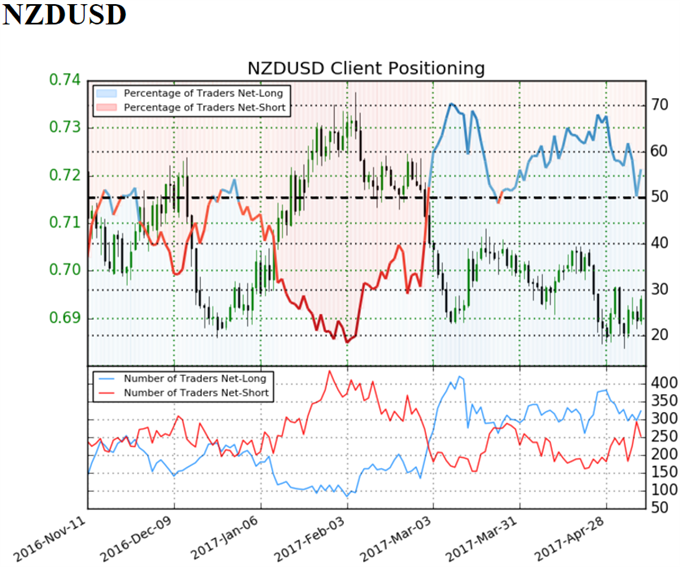