- Household Spending to Rebound 0.3% After Unexpectedly Contracting 0.1% in February.

AUD/USD stands at risk of extending the decline from earlier this month should Australia’s Retail Sales report cast a weakened outlook for growth and inflation. Nevertheless, Prime Minister Malcom Turnbull’s 2017-18 budget may sway the aussie-dollar exchange rate as the coalition government plans to boost public spending and pledges curb corporate taxes, and the push to encourage a stronger economy may heighten the appeal of the Australian dollar as it raises the Reserve Bank of Australia’s (RBA) scope to move away from it’s easing cycle.

Even though the RBA appears to be in no rush to normalize monetary policy, a material shift in the fiscal outlook may push Governor Philip Lowe & Co. to change their tune especially as officials argue ‘the recently announced supervisory measures should help address the risks associated with high and rising levels of indebtedness.’ With that said, the RBA may show a greater willingness to raise the official cash rate off of the record-low as ‘the economy is continuing its transition following the end of the mining investment boom, with the drag from the decline in mining investment coming to an end and exports of resources picking up.’

Australia Retail Sales increased 0.9% after holding flat during the three-months through September, while household spending unexpectedly slipped 0.1% in December amid forecasts for a 0.3% rise. A deeper look at the report showed sales of household goods slumped 2.3% in the last month of 2016, while demand for apparel increased 1.4%, with department store sales also climbing 0.3%. The Australian dollar struggled to hold its ground following the mixed batch of data, with AUD/USD pulling back from 0.7676 to end the day at 0.7659. 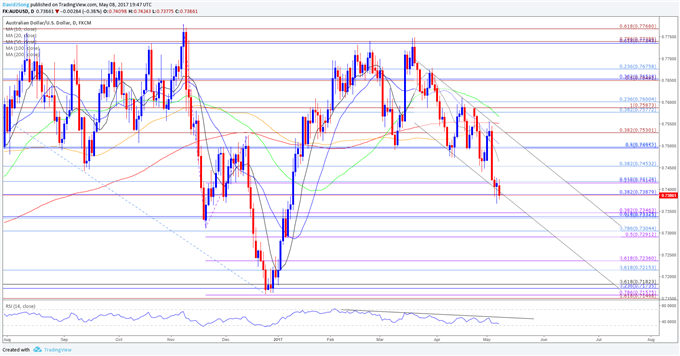 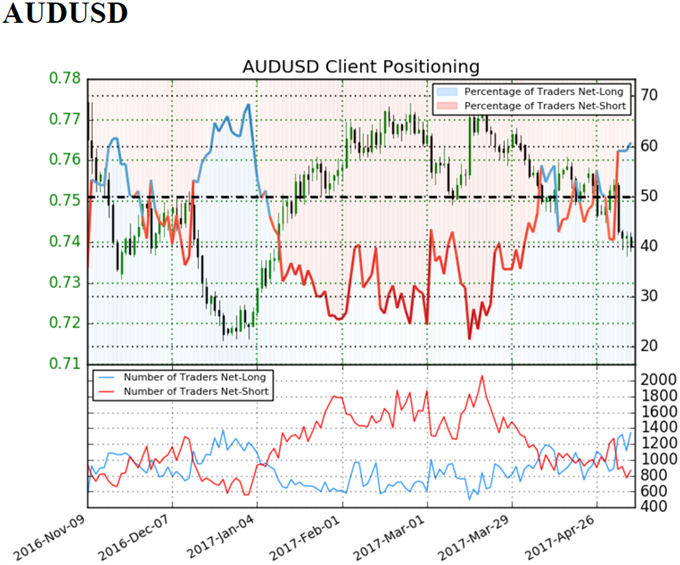