ECB: Too Little, Too Late? EUR/USD Bears at Risk

The European Central Bank (ECB) interest rate decision may drag on the single-currency and spark a near-term selloff in EUR/USD should President Mario Draghi and Co. push monetary policy further into unchartered territory.

The ongoing easing cycle in the euro-area may continue to foster a long-term bearish outlook for EUR/USD especially as the Federal Reserve appears on course to implement higher borrowing-costs, but the euro-dollar stands at risk of facing a similar market reaction to the December interest rate decision should the Governing Council fail to meet market expectations.

Waning confidence paired with slowing inflation may encourage the ECB to ramp up its non-standard measures, and a lower deposit rate accompanied by a meaningful adjustment to the quantitative easing (QE) program may trigger a bearish reaction in EUR/USD amid the deviating paths for monetary policy.

Nevertheless, the expansion in private lending along with the improvement in the labor market may keep the ECB on the sidelines, and more of the same from President Draghi & Co. may boost the appeal of the single-currency as market participants scale back bets for a more aggressive easing program. 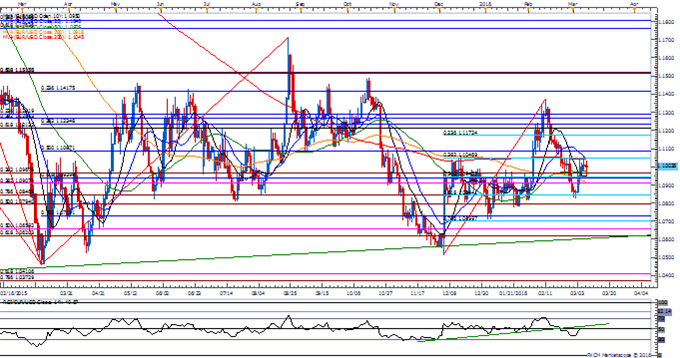 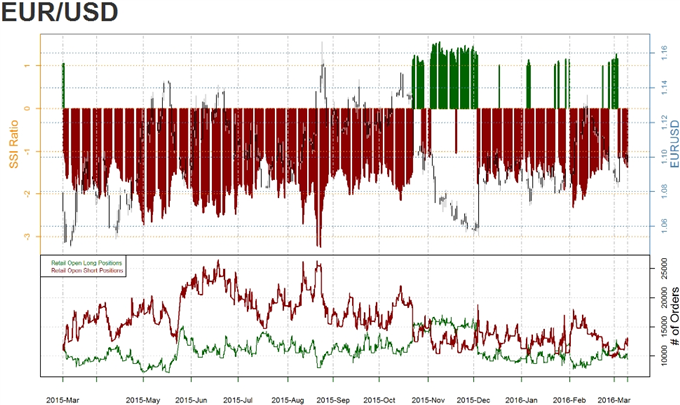 The European Central Bank (ECB) stuck to its current policy in January after cutting the deposit rate and adjusting the quantitative easing (QE) at the end of 2015. Nevertheless, ECB President Mario Draghi continued to highlight a dovish outlook for monetary policy as the central bank warns of increased downside risks surrounding the monetary union, and the Governing Council may look to implement more non-standard measures in 2016 as it struggles to achieve its one and only mandate for price stability. The Euro struggled to hold its ground following the dovish comments from President Draghi’s, but EUR/USD bounced back during the North American trade to end the day at 1.0871.