- Reserve Bank of New Zealand to Keep Cash Rate at Record-Low of 2.50%.

According to a Bloomberg News survey, 15 of the 17 economists polled forecasts the Reserve Bank of New Zealand (RBNZ) to keep the cash rate on hold at 2.50%, but the fresh batch of central bank rhetoric may produce near-term headwinds for the New Zealand dollar should Governor Graeme Wheeler show a greater willingness to implement lower borrowing-costs.

The RBNZ may keep the door open to further reduce the cash rate in an effort to mitigate the downside risks surrounding the region, and NZD/USD may struggle to retain its recent advance should Governor Wheeler and Co. sound more dovish this time around.

Easing wage growth paired with the slowdown in private-sector consumption may encourage the RBNZ to further support the real economy, and the accompanying policy statement may dampen the appeal of the New Zealand dollar as market participants boost bets for a rate-cut in 2016.

Nevertheless, the RBNZ may largely endorse a wait-and-see approach as the previous rate-cuts continue to work their way through the economy, and more of the same from the central bank may fuel a larger recover in NZD/USD as the cash rate sits at the record-low. 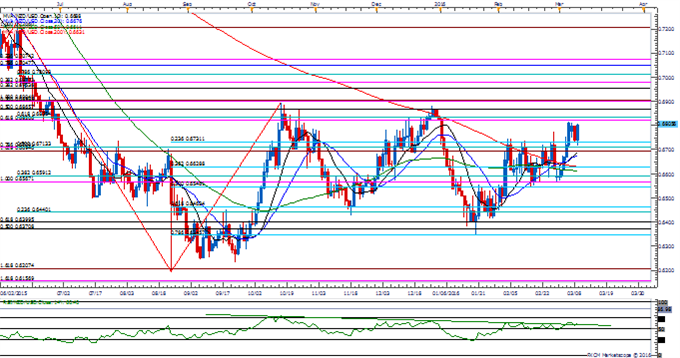 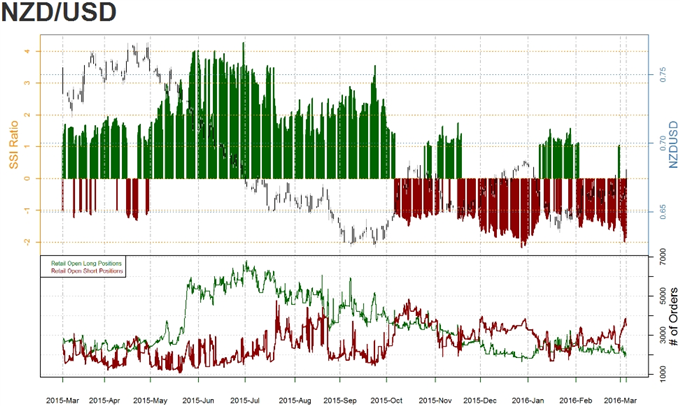 The Reserve Bank of New Zealand (RBNZ) kept the Official Cash Rate (OCR) unchanged at 2.50% in January, but Governor Graeme Wheeler continued to highlight a dovish outlook for monetary policy as the central bank warned further easing could be necessary over the coming months. Moreover, the RBNZ argued that a further depreciation in the local currency would be appropriate as the central bank pushes out its forecast of achieving the 1% to 3% target for inflation. The New Zealand dollar lost ground following the dovish tone from the RBNZ, with NZD/USD dipping below the 0.6475 region to end the session at 0.6456.