A further slowdown in the ISM Non-Manufacturing survey may dampen the appeal of the greenback and spark a short-term rebound in EUR/USD as it puts increase pressure on the Federal Open Market Committee (FOMC) to further delay the normalization cycle.

Even though the U.S. economy approaches ‘full-employment,’ signs of a slowing recovery may encourage the FOMC to endorse a wait-and-see approach at the March 16 interest rate decision, and the dollar stands at risk of facing headwinds over the coming days should the central bank curb its outlook for growth and inflation.

Waning household and business confidence may drag on service-based activity, and a marked slowdown in the ISM survey may generate a bearish reaction in the dollar as market participants push out bets for the next Fed rate-hike.

Nevertheless, the pickup in private-sector consumption paired with the ongoing expansion in consumer credit may generate a better-than-expected ISM report, and a positive development may spur increased demand for the greenback as it boosts interest-rate expectations. 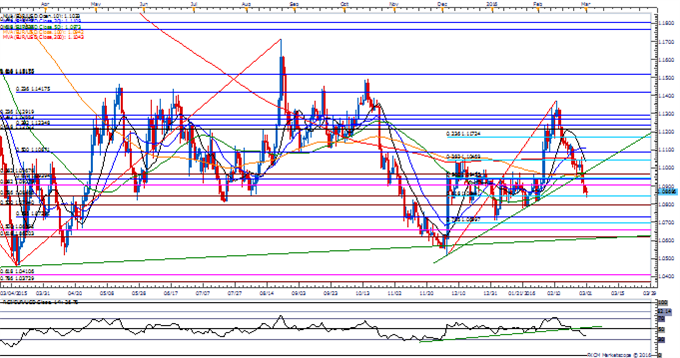 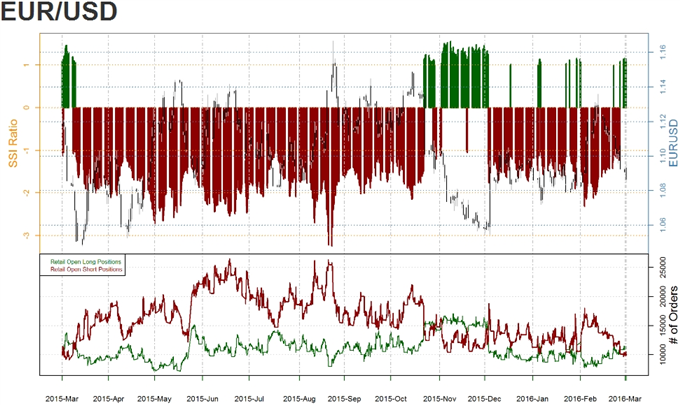 The U.S. ISM Non-Manufacturing survey failed to meet market expectations in January as the figure narrowed to 53.5 from a revised 55.9 the month prior to mark the lowest reading since February 2014. A deeper look at the report showed a further slowdown in the Employment component, with the figure slipping to 52.1 from 56.3 in December, while the gauge for Business Activity narrowed to 53.9 to post the lowest reading since August 2012. Despite the lackluster reaction to the ISM survey, the greenback struggled to hold its ground throughout the North American trade, with EUR/USD climbing above the 1.1050 region to close the day at 1.1102.

Crude Traders Make the Leap; Most Buying Since March 2011