The preliminary U.S. 4Q Gross Domestic Product (GDP) report may produce headwinds for the greenback and spark a near-term a rebound in EUR/USD should the report highlight a slowing recovery in the world’s largest economy.

Even though the U.S. approaches ‘full-employment,’ a marked downward revision in the growth rate may undermine Fed expectations for a ‘consumer-led’ recovery, and the central bank may largely endorse a wait-and-see approach throughout 2016 in an effort to mitigate the downside risks surrounding the region.

Easing outputs accompanied by the slowdown in service-based activity may lead to a dismal GDP report, and a greater risk of a recession may generate a selloff in the greenback as market participants push out bets for the next Fed rate-hike.

Nevertheless, the pickup in private-sector consumption may generate a better-than-expected GDP print as it remains one of the leading drivers of growth, and signs of a more meaningful recovery may boost the appeal of the greenback as it puts increased pressure on the Fed to implement higher borrowing-costs over the coming months. 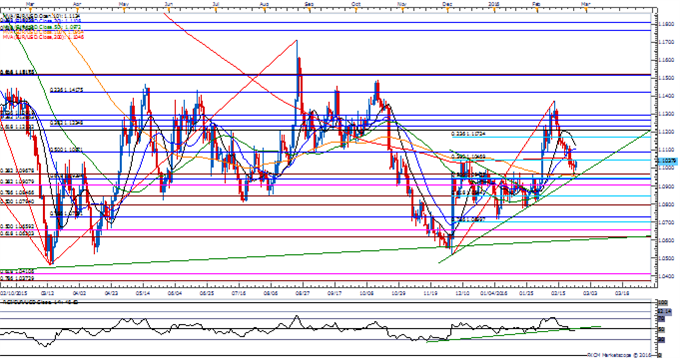 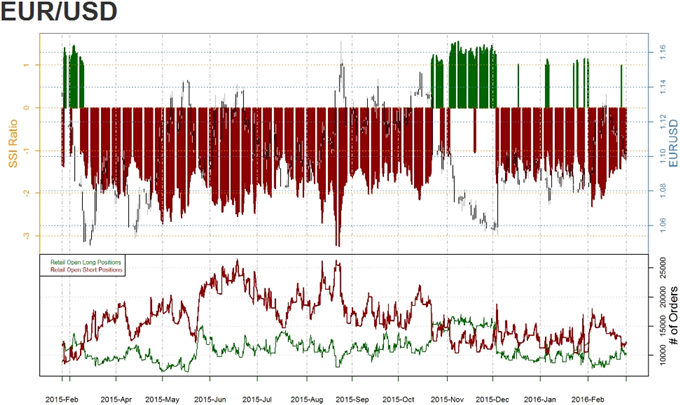 The preliminary 3Q Gross Domestic Product (GDP) report was larger in-line with market expectation as the economy grew an annualized 2.1% following an initial reading for a 1.5% clip. Nevertheless, the core Personal Consumption Expenditure (PCE), the Fed’s preferred gauge for inflation, crossed the wires at 1.3%, while Personal Consumption was revised down to 3.0% from an advance reading of 3.2%. With the Federal Reserve looking for a ‘consumer-led’ recovery in 2016, positive developments coming out of the U.S. economy may keep the central bank on course to further normalize monetary policy over the coming months especially as the region approaches ‘full-employment.’ Despite the mixed market reaction, EUR/USD struggled to hold its ground throughout the North American trade as the pair closed the day at 1.0641.

USD/CAD Technical Analysis: On the Cusp of a Big Drop as Oil Stumbles?