- Core Rate of Inflation to Hold Steady at Annualized 2.1%- Highest Reading Since July 2012.

A marked pickup in the U.S. Consumer Price Index (CPI) may heighten the appeal of the dollar and spark a further decline in EUR/USD as it puts increased pressure on the Federal Open Market Committee (FOMC) to implement higher borrowing-costs in 2016.

Signs of stronger price growth may encourage the Fed to further normalize monetary policy over the coming months especially as the U.S. economy approaches ‘full-employment,’ while Chair Janet remains confident in achieving the 2% inflation target over the policy horizon.

U.S. firms may boost consumer prices amid rising input costs accompanied the rebound in household spending, and a sharp pickup in the CPI may spark a bullish reaction in the dollar as it fuels interest-rate expectations.

Nevertheless, waning confidence paired with the slowdown in private-sector activity may drag on price growth, and a dismal development may produce near-term headwinds for the greenback as market participants push out bets for the next Fed rate-hike. 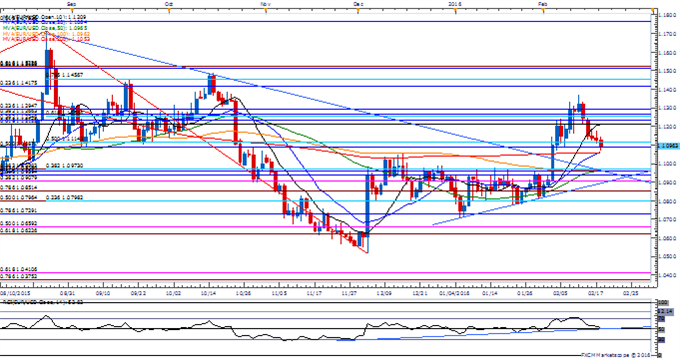 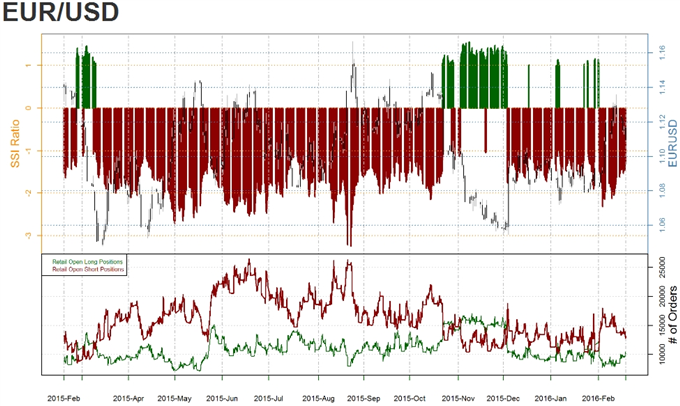 The U.S. Consumer Price Index (CPI) fell short of market expectations as the headline reading for inflation increased an annualized 0.7% in December, while the core figure advanced to 2.1% from 2.0% in November to mark the fastest rate of growth since July 2012. A deeper look at the report showed lower energy costs continued to drag on price growth, but the Fed may stay on course to further normalize monetary policy in 2016 as Chair Janet Yellen remains upbeat on the economy. The greenback struggled to hold its ground following the mixed batch of data, with EUR/USD climbing above the 1.0930 region, but the market reaction was short-lived as the pair pulled back during the North American trade to end the day at 1.0882.