Despite forecasts for another 3.0K decline in U.K. Jobless Claims, a further slowdown in Average Weekly Earnings may weigh on the sterling and spark a bearish reaction in GBP/USD as it provides the Bank of England (BoE) with greater scope to retain its current policy throughout 2016.

Following the unanimous vote to retain the current policy, signs of slower wage growth may encourage the BoE to endorse a wait-and-see approach at the next meeting on March 17 as Governor Mark Carney & Co. reduce their economic projections and turn increasing cautious towards the U.K. economy.

Easing outputs accompanied by the slowdown in household spending may drag on the U.K. labor market, and a dismal Jobless Claims print may produce near-term headwinds for the sterling as market participants push back bets for a BoE rate-hike.

Nevertheless, improved confidence paired with the ongoing expansion in private-sector lending may generate a stronger-than-expected job/wage report, and a positive development may foster a near-term rebound in GBP/USD as it puts increase pressure on the BoE to remove the record-low interest rate in 2016. 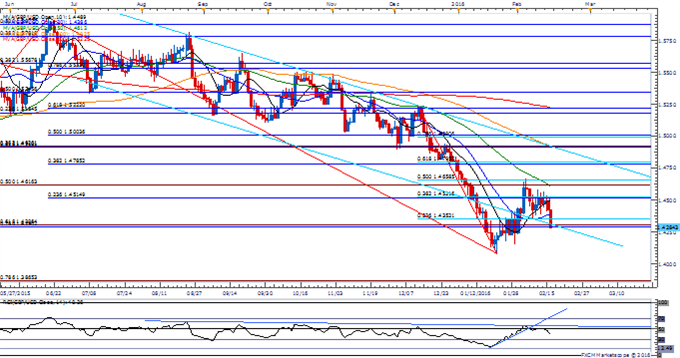 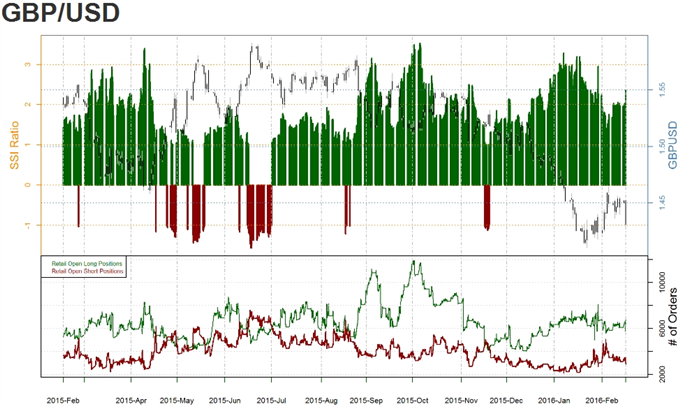 U.K. Jobless Claims unexpectedly declined another 4.3K in December after contracting a revised 2.2K the month prior. The International Labor Organization’s (ILO) gauge for unemployment also surprised as the figure narrowed to an annualized 5.1% during the three-months through November to mark the lowest reading since January 2006. In contrast, wage pressures continued to abate as Average Weekly Earnings slipped to 2.0% from 2.4% in November. Despite the ongoing improvement in the labor market, the Bank of England (BoE) may largely endorse a wait-and-see approach throughout 2016 as the central bank struggles to achieve the 2% target for inflation. The sterling fluctuated in the region between 1.4150 and 1.4200 after the release, and GBP/USD closed the North American session at 1.4187.

Crude Oil Turn in the Pipeline?