- Core Rate of Inflation to Increase for Third Time in 2014.

A sharp rebound in Canada’s Consumer Price Index (CPI) may generate a larger pullback in the USD/CAD as the pair struggles to push back above former support around 1.0930-40.

Despite the dovish tone for monetary policy, heightening price pressures may limit the Bank of Canada’s (BoC) scope to further embark on its easing cycle, and the bearish momentum in the USD/CAD may get carried into June should the data print prop up interest rate expectations.

The ongoing recovery in private sector activity paired with the resilience in the housing market may spur a meaningful rebound in the CPI, and a stronger-than-expected inflation print may heighten the appeal of the Canadian dollar as it dampens expectations for a rate cut.

However, firms may continue to offer discounted price amid the persistent weakness in the labor market along with the slowdown in private sector, and a dismal release may instill a more bullish outlook for the USD/CAD as it appears to be carving a higher-low in May. 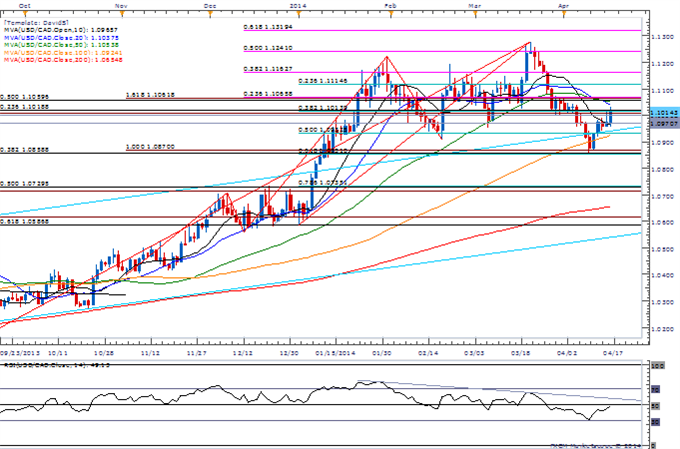 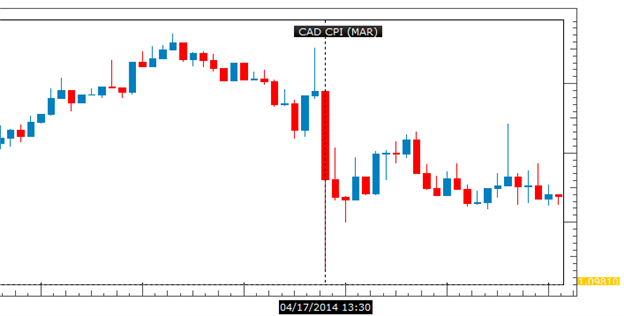 The Canadian Dollar strengthened against the greenback following better than expect CPI for March. The print came in at a tenth of a percent higher, but CAD strength was quickly retraced by the end of the day. Although on a technical basis we may have set a USDCAD low, it may take weak CAD data and inflation coming in on the downside to prompt fundamental CAD selling.