The Bank of England’s (BoE) Inflation Report may generate fresh highs in the GBP/USD should the central bank show a greater willingness to normalize monetary policy sooner rather than later.

The fresh developments coming out of BoE may boost interest rate expectations should the central bank raise its growth and inflation forecast, and Governor Mark Carney may do little to halt the ongoing appreciation in the British Pound as it helps the Monetary Policy Committee (MPC) to deliver price stability in the U.K.

Sticky price growth paired with the ongoing improvement in the U.K. labor market may prompt the BoE to adopt a more hawkish tone for monetary policy, and the GBP/USD may continue to extend the advance from earlier this year should we see a growing number of central bank officials show a greater willingness to raise the benchmark interest rate later this year.

However, efforts to cool the housing market may limit the BoE’s scope to normalize monetary policy in 2014 as the central bank continues to highlight the persistent slack in the real economy, and the British Pound may face a larger correction in the days ahead should the committee further delay its exit strategy. 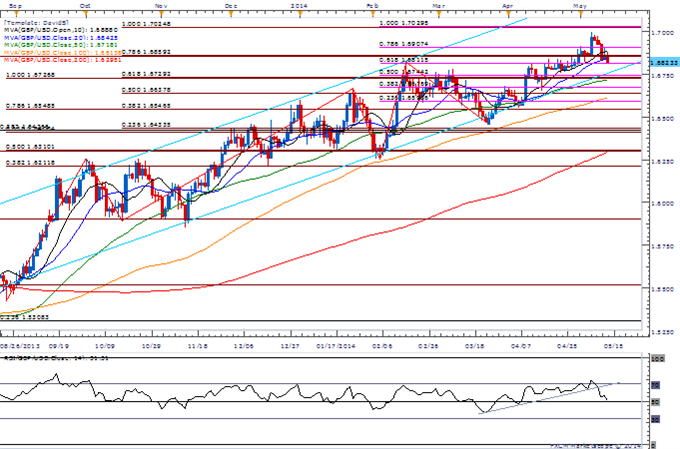 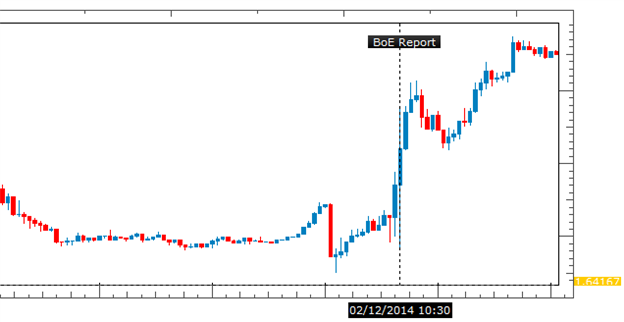 The BoE inflation report is likely to spur volatility in GBP crosses, especially in the context of the current situation with rate expectations. At the last release, Carney said that the BoE sees further rate increases as gradual and limited. At the release we saw the Pound rally as comments indicated that the central bank saw rate increases, although gradual, sooner rather than later. Since then we have seen the appreciating Pound help cap higher inflation and any further indication that expectations have been lowered may weigh negatively on GBP crosses.