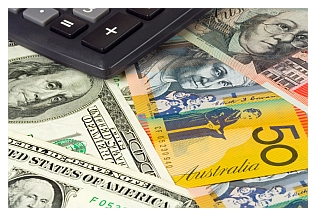 A further pick up in Australia’s Consumer Price Index may foster a near-term rally in the AUD/USD as it puts increased pressure on the Reserve Bank of Australia (RBA) to normalize monetary sooner rather than later.

Indeed, RBA Governor Glenn Stevens may adopt a more hawkish tone for monetary policy as price growth exceeds the central bank’s 2-3% target band, and the board may show a greater willingness to raise the benchmark interest rate ahead of schedule in an effort to achieve its mandate for price stability.

The ongoing expansion in private sector lending along with the pickup in employment may generate a stronger-than-expected inflation report, and a marked rise in consumer prices may generate fresh monthly highs in the AUD/USD as it heightens interest rate expectations for the $1T economy.

Nevertheless, the inflation report may fall short of market expectations amid the decline in business confidence paired with the slowdown in household consumption, and an weaker-than-expected CPI reading may pave the way for a near-term reversal in the AUD/USD as it raises the RBA’s scope to further embark on its easing cycle. 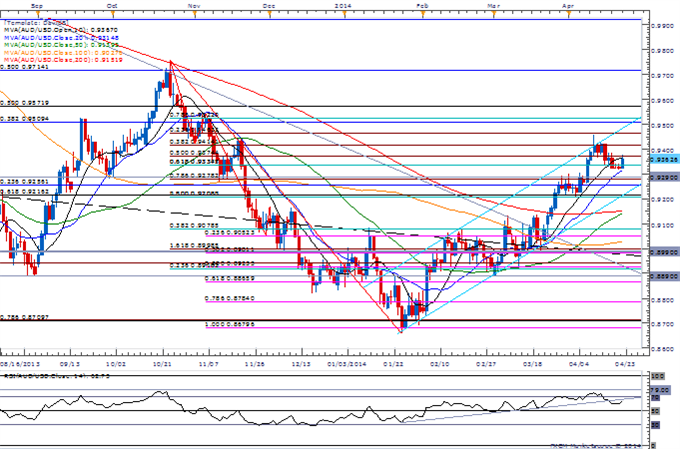 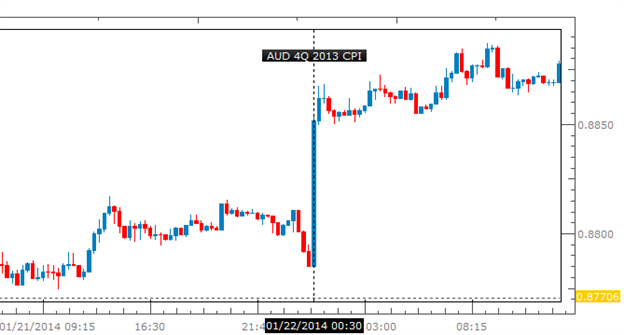 Inflation data for the fourth quarter came in above market participants expected and sent the Aussie higher by over 60 pips at the print. This higher inflation puts the Reserve Bank of Australia in a difficult position, much like the RBNZ. Although data has been softening over the past year and there are certainly headwinds for the Australian economy moving forward, the RBA is likely delaying any rate increases for as long as possible. We may see the central bank take measures similar to the RBNZ in order to cool their housing market on the back of Chinese buying of properties in major cities. Any print that comes in below expectations this time around may help the USDollar regain some strength against the Aussie.