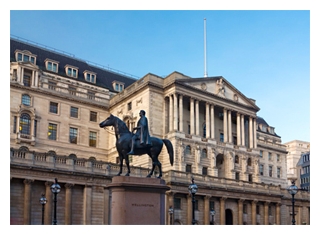 A further slowdown in U.K. inflation may generate a further decline in the GBP/USD as it limits the Bank of England’s (BoE) scope to normalize monetary policy sooner rather than later.

Indeed, the upcoming shuffle in the Monetary Policy Committee (MPC) may spark a material shift in the policy outlook as the central bank continues to assess the underlying slack in the real economy, but it seems as though Governor Mark Carney will do little to halt the appreciation in the British Pound as it helps to balance the risks surrounding the region.

U.K. Consumer Prices may weaken further in February amid the slowdown in private consumption, and a dismal inflation print may threaten the bullish sentiment surrounding the sterling as it weighs on interest rate expectations.

Nevertheless, higher home prices paired with the uptick in wage growth may limit the risk of seeing a material slowdown in U.K. inflation, and a better-than-expected CPI print may spur a near-term rebound in the GBP/USD as the pair continues to carve a series of higher highs & higher lows. 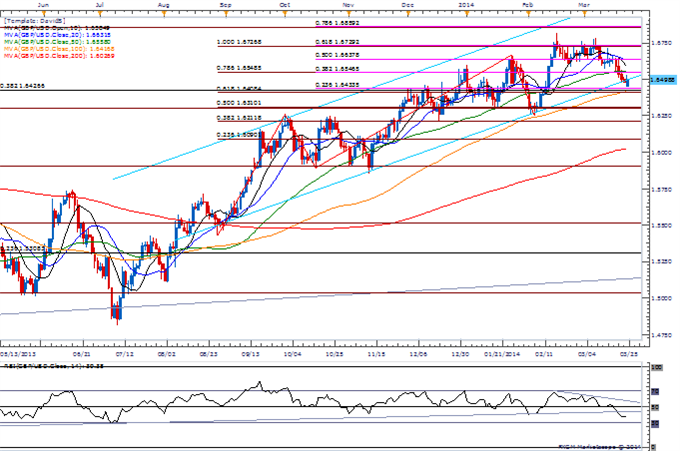 U.K. Consumer Prices grew an annualized 1.9% in January to mark the slowest pace of growth since November 2009, with the core rate of inflation narrowing to 1.6% from 1.7% the month prior. The initial reaction to the weaker-than-expected print was short-lived as the GBP/USD climbed back above the 1.6700 handle, but the sterling struggled to hold its ground during the North American trade as the pair closed at 1.6680.

Trade Alongside the DailyFX Team on DailyFX on Demand