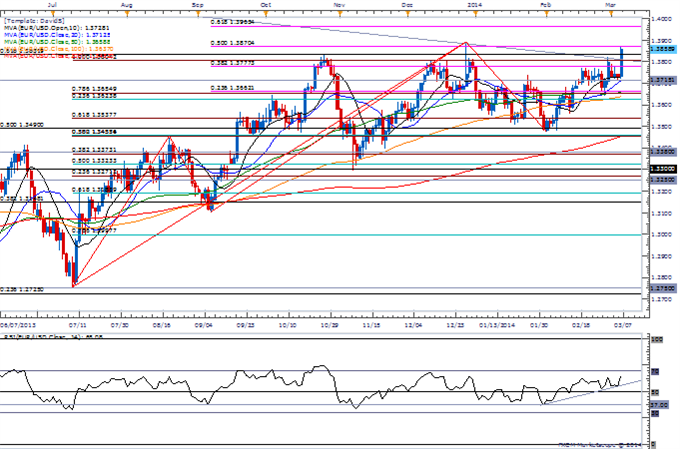 The U.S. Non-Farm Payrolls report may prop up the dollar as the economy is expected to add another 150K jobs in February, and a pickup in employment may instill a bullish outlook for the greenback as the Federal Reserve is widely anticipated to discuss another $10B taper at the March 19 meeting.

However, the recent slowdown in economic activity certainly raises the risk of seeing another weaker-than-expected NFP print, and a dismal result may heighten the bearish sentiment surrounding the reserve currency as it limits the Fed’s scope to normalize monetary policy sooner rather than later.

The decline in planned job cuts along with the rise in business sentiment may pave the way for a strong NFP print, and a marked increase in employment may present a near-term rebound in the greenback as it raises the outlook for growth and inflation.

However, the slowdown in job growth may persist in February amid the ongoing slack in the real economy, and another dour employment report may spur a sharp selloff in the greenback as market participants see the Fed retaining its highly accommodative policy stance for an extended period of time. 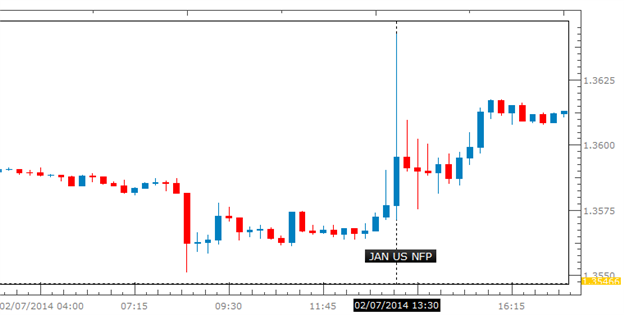 Last month’s NFP release led to the regular USD chop, but the disappointing figure and weak December revision pushed EUR/USD to over 50 pips higher to end the week. Despite this weak data combined with those NFPs of December and a multitude of other US economic figures that have come in to the downside, FOMC members and Dr. Janet Yellen herself have continued to reiterate that tapering would continue. Now that market participants have accepted this fact, it is likely FX markets continue to respect data relative to their currency in a good news is good and bad news is bad mentality. This has been appropriately reflected in recent USD weakness, despite continuous all-time highs in the US S&P 500 index. If we see poor revisions to January’s 113K print in addition to weakness in the February reading, USD weakness may end the week. Note that excess volatility may occur in USD/CAD as we also have Candian employment data being released at 13:30GMT.