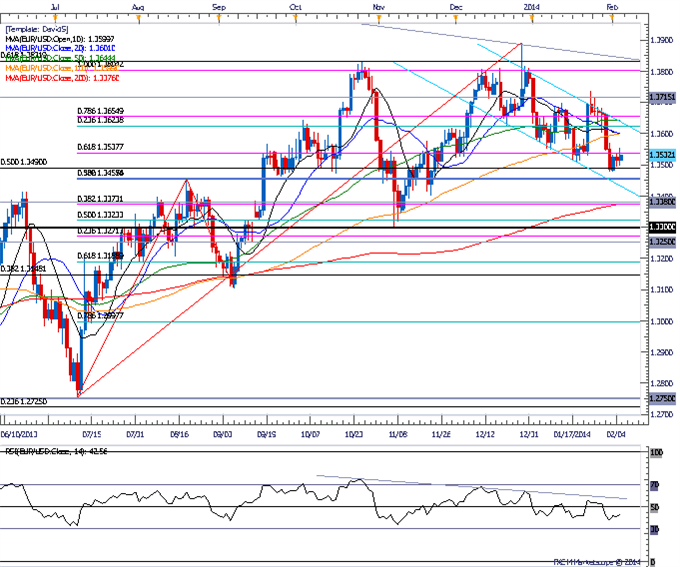 According to a Bloomberg News survey, 62 of the 66 economists polled see the European Central Bank (ECB) largely maintaining its current policy this month, but the broad range of expectations (rate cut, negative deposit rates, verbal intervention, non-standard measures) may produce increased volatility around the event as market participants weigh the outlook for monetary policy.

Indeed, the ECB remains poised to further embark on its easing cycle amid the heightening threat for deflation, while central bank President Mario Draghi may look to verbally weaken the single currency in an effort to further insulate the monetary union.

Subdue growth and inflation certainly raises the risk of seeing the ECB surprise with more easing, but even a further willingness to implement additional monetary support could be enough to spark a sharp selloff in the EURUSD amid the protracted recovery in the euro-area.

Nevertheless, the ECB may merely stress a more dovish twist to its forward-guidance as there appears to be a growing rift with the Governing Council, and a neutral policy stance may help the euro to sustain a larger rebound as market participants delay their bets for more easing. 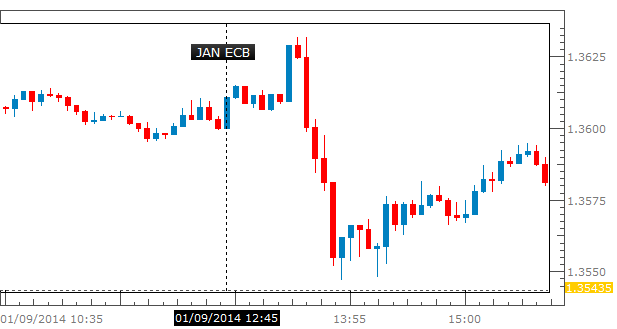 Although the Euro was well supported following the January rate decision, Draghi’s presser at 13:30GMT led to a weaker Euro in the afternoon session and the EUR/USD pair closed out almost flat at the daily close. Mr. Draghi put forth revised ECB forecasts for GDP and inflation and noted that the Euro Area may face a prolonged period of low inflation. It is possible that at this meeting we will see strong comments, and possibly some sort of verbal intervention, on the back of weaker than expected CPI readings out of Germany last week. The ECB is likely wary of continued disinflation in Europe’s strongest economy and the central bank may feel the need to finally take some sort of action.