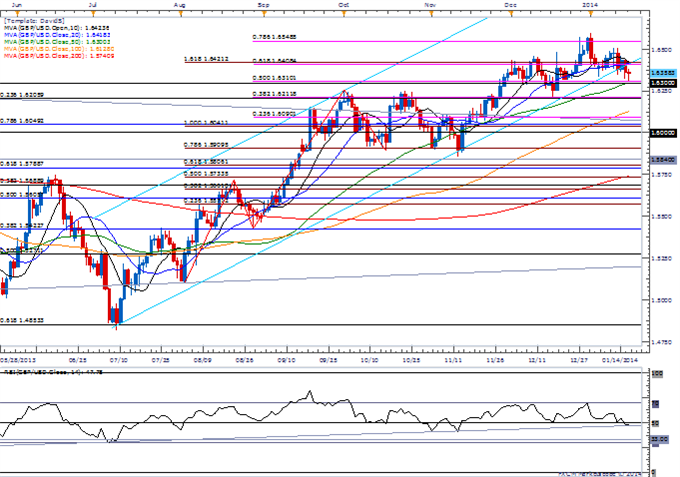 Household spending in the U.K. is expected to increase another 0.3% during the month of December, and a positive print may push the GBPUSD back towards the 1.6600 handle as the stronger recovery raises the Bank of England’s (BoE) scope to normalize monetary policy ahead of schedule.

A pickup in private consumption may encourage BoE Governor Mark Carney to adopt a more hawkish tone for monetary policy, and the central bank may show a greater willingness to lift the benchmark interest rate later this year amid the growing threat for a housing bubble.

Easing price pressures along with the ongoing improvement in the labor market may pave the way for a strong retail sales print, and a better-than-expected result should prop up the British Pound as it raises the outlook for growth.

However, the weakness in household confidence paired with the recent slowdown in consumer credit may drag on spending, and a dismal development may trigger a larger correction in the sterling as market participants with the prospects for monetary policy. 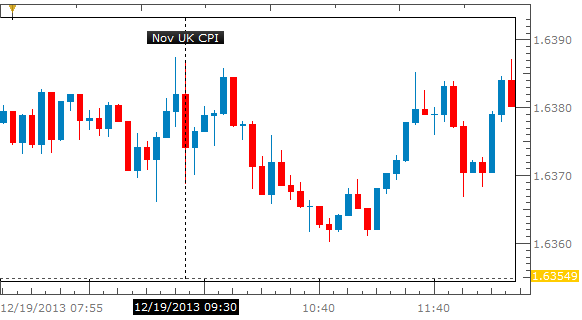 Retail Sales out of the U.K. for November saw a slightly better than expected print of 0.4% as cold weather boosted demand for clothing in the retail sector. Despite the headline figure, figures for ex. and incl. auto were revised lower for October and November’s print for YoY incl. automobiles came in at 2.0% vs. 2.2% expected. The GBP/USD pair saw a slight move to the downside, but closed down just 18 pips below where it was prior to the release. Although the Pound has come under pressure as of late on weaker than expected CPI data in December, market participants will be looking for Retail Sales data that supports the general consensus of a strengthening U.K. economy. Insight into the key holiday shopping season may impact GBP crosses more than last month’s relatively muted response.