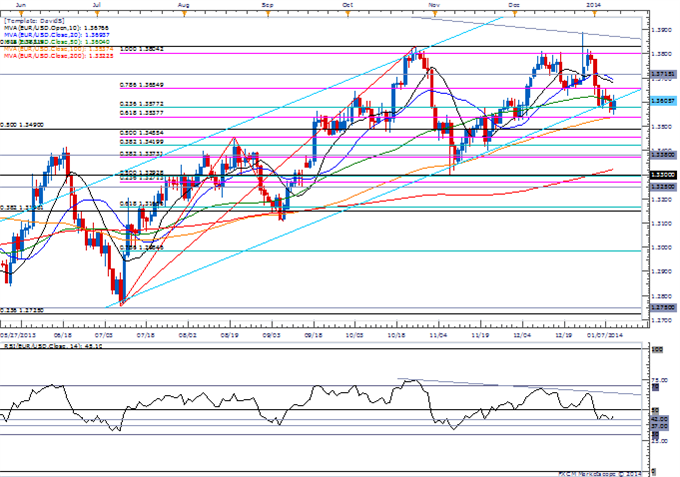 U.S. Non-Farm Payrolls (NFP) are projected to increase another 197K in December and a better-than-expected print may heighten the bullish outlook for the dollar as it raises the Fed’s scope to further normalize monetary policy over the coming months.

A pickup in job growth may spur a further shift in the policy outlook as the Fed starts to wind down its asset-purchase program, and the central bank may take a more aggressive approach in moving away from its easing cycle as the economic recovery gathers pace.

In light of the positive developments coming out of the U.S. economy, the data certainly raises the scope of seeing NFP top market expectations, and a strong print may spark a near-term rally in the greenback as it raises the outlook for growth.

However, the persistent slack in the real economy may push businesses to scale back on hiring, and a weak NFP print may trigger a more meaningful correction in the greenback as it dampens bets for another taper at the January 29 meeting. 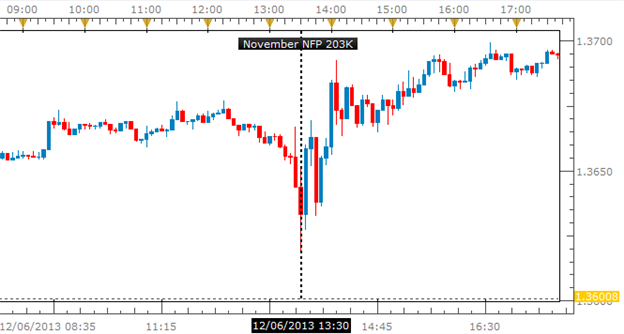 Last November’s NFP beat concluded an incredible week in data out of the U.S. despite a U.S. government shutdown in October. This was leading up to the December FOMC meeting in which the Fed decided to finally taper asset purchases by $10B. Although the print came in better than estimated, the October print of 204K was revised down to 200K. Although the greenback strengthened slightly with EURUSD spiking lower, the Dollar lost strength into the end of the trading day and did not find much support against the Euro until the FOMC taper decision days later. Now with the Fed shifting policy to reduce asset purchases in 2014, continued strong employment data may push the Fed to pull back the reins on QE3 in a consistent manner. As for insight into this print, ADP Employment Change figures for December came in better than expected and contributed to Dollar strength and higher US Treasury yields.