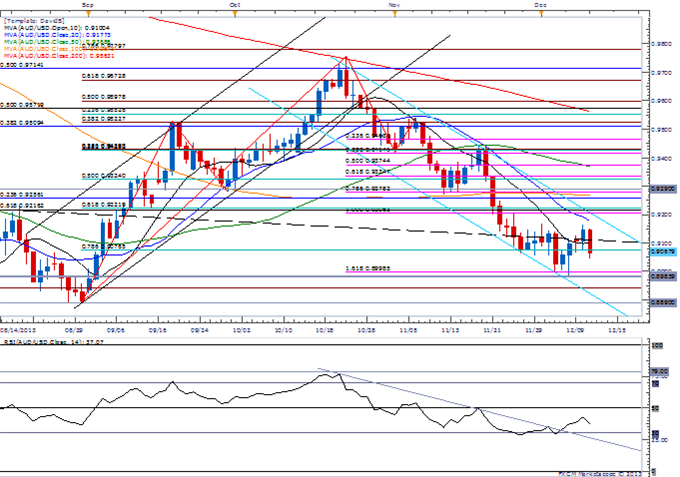 - Australia Employment to Increase for Third Month; Jobless Rate to Rise to 5.8%

The near-term rebound in the AUDUSD may gather pace over the next 24-hours of trading as Australia is expected to add another 10.0K jobs in November.

A pickup in job growth may encourage the Reserve Bank of Australia (RBA) to adopt a more neutral tone for monetary policy, but Governor Glenn Stevens may continue to push for a weaker exchange rate in an effort to further assist with the rebalancing of the real economy.

The rise in building activity may ultimately produce a positive employment report, and a larger-than-expected rise in job growth may keep the RBA on the sidelines as the previous rate cuts continue to work their way through the $1T economy.

However, the slowing recovery along with the downturn in global trade may lead to another disappointing print, and the underlying weakness in the economy may encourage the RBA to further embark on its easing cycle as the outlook for growth and inflation remains tilted to the downside. 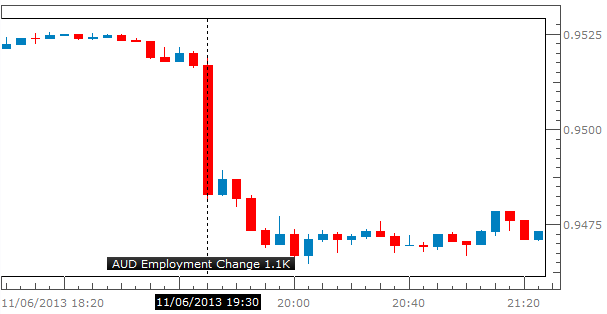 Australia’s Employment Change figure missed for the 4th consecutive time in October as the print came in at 1.1K vs. 10.6K estimated while the prior print was revised lower from 9.1K to 3.3K. The Aussi continued to come under pressure in the weeks following the employment reading as GDP came in at 2.3% vs. 2.6% expected. As for insight into this print, Total Job Advertisements month over month came in at -0.8% for November while Qantas Airlines announced it would be cutting 1,000 jobs to stem losses. Although negative data continues to come out of Australia, poor employment and GDP prospects have been mostly priced in as the Aussi looks for support amid a weakening Dollar this week.