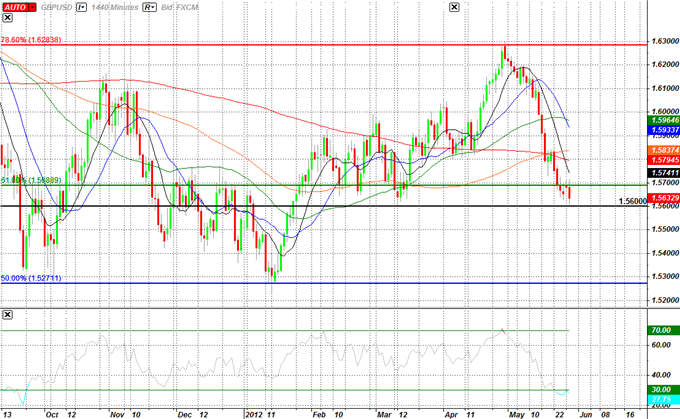 Mortgage approvals in the U.K. are projected to increase an annualized 50.1K following the 49.9K expansion in March, and the ongoing improvement in private sector lending may spark a bullish reaction in the British Pound as it curbs speculation for more easing. As the Bank of England anticipates to see a more robust recovery later this year, the pickup in the real economy may encourage the central bank to drop its dovish tone for monetary policy, and we may see the Monetary Policy Committee target the stickiness in underlying price growth as it raises the risk for inflation.

As private sector activity picks up, the improvement in the labor market paired with the uptick in housing may spark increased demands for home loans, and an above-forecast print may ultimately spur a short-term reversal in the GBPUSD as the development calls for a more hawkish BoE. However, subdued wage growth paired with fears of a prolonged economic downturn may drag on mortgage approvals, and we may see BoE Governor Mervyn King keep the door open to expand the balance sheet further in an effort to stem the downside risks surrounding the region. In turn, we may see the GBPUSD struggle to hold above 1.5600 figure, and the pound-dollar may revert back to 1.5400 to test for support.

Although the GBPUSD remains oversold, the 1.5600 figure continues to hold up as support, and we are waiting for the relative strength index to push back above 30 to see a short-term correction take shape. In turn, an above-forecast print could generate a rebound in the exchange rate, which may turn into a larger reversal, but we may see the pound-dollar continue to track sideways over the remainder of the month as it struggles to push back above the 61.8% Fibonacci retracement from the 2009 low to high around 1.5690-1.5700.

Expectations for a third consecutive rise in U.K. Mortgage Approvals fosters a bullish outlook for the sterling, and an above-forecast print could pave the way for a long British Pound trade as it saps speculation for more quantitative easing. Therefore, if the print tops market projections, we will need to see a green, five-minute candle following the release to establish a long entry on two-lots of GBPUSD. Once these conditions are fulfilled, we will set the initial stop at the nearby swing low or a reasonable distance from the entry, and this risk will generate our first target. The second objective will be based on discretion, and we will move the stop on the second lot to cost once the first trade hits its mark in order to lock-in our profits.

On the other hand, easing wage growth paired with the risk for a prolonged economic downturn may sap demands for home loans, and a dismal print could spark a sharp selloff in the exchange rate as it raises the scope for additional monetary easing. As a result, if the release falls short of expectations, we will carry out the same setup for a short pound-dollar trade as the long position mentioned above, just in the opposite direction.

Impact that U.K. Mortgage Approvals has had on GBP during the last month 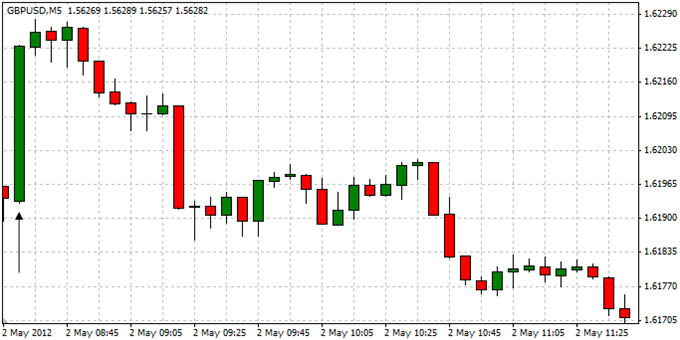 U.K. mortgage approvals unexpectedly increased in March, with borrowing advancing at an annualized pace of 49.9K after expanding 49.0K the month prior, and the ongoing improvement in private sector activity may encourage the Bank of England to move away from its easing cycle as central bank officials expect to see a more robust recovery later this year. The GBPUSD pushed back above 1.6200 following the above-forecast print, but the British Pound struggled to hold its ground throughout the day as the exchange rate settled at 1.6195 at the close.