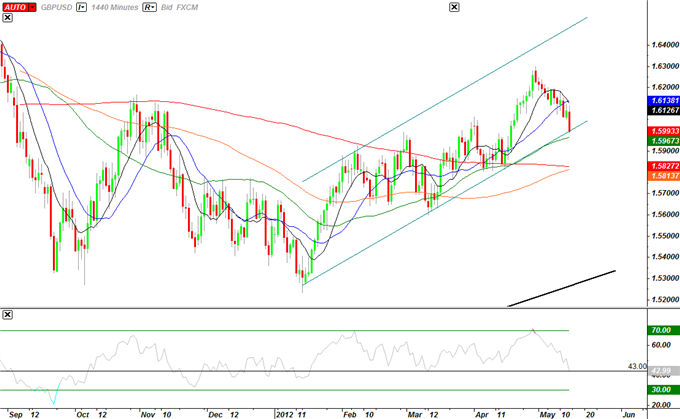 There’s speculation that the Bank of England will curb its growth forecast as the U.K. faces a double-dip recession, but the central bank may sound more hawkish this time around as the stickiness in price growth raises the risk for inflation. As BoE officials see the economy getting on a more sustainable path in the second-half of the year, we should see the group move away from its easing cycle, and the Monetary Policy Committee may start to lay out a tentative exit strategy as the board no longer sees a risk of undershooting the 2% target for inflation. In turn, we will stick with our bullish outlook for the GBPUSD, and the upward trending channel in the pound-dollar should continue to take shape as gets ready to shift gears.

It seems as though the BoE is turning its attention to the stickiness in price growth as central bank officials expect the economic recovery to gradually gather pace, and we may see the group adopt a hawkish tone for monetary policy as inflation remains well-above target. However, the ongoing slack in private sector activity paired with fears of a prolonged economic downturn may ultimately spark a growing rift within the MPC, and we may see central bank officials call for more quantitative easing in an effort to encourage a sustainable recovery. In turn, talks for additional asset purchases could spark a sharp selloff in the GBPUSD, and the pair may continue to give back the advance from the previous month as it fails to maintain the upward trending channel from earlier this year.

As the GBPUSD threatens the upward trending channel from earlier this year, a downward revision in the BoE’s growth forecast paired with speculation for additional monetary support could push the pair back towards the 1.5800 figure as it searches for support. However, should the central bank defy market expectations and look to conclude its easing cycle, we should see the a short-term reversal in the exchange rate, which should pave the way for fresh yearly highs in the pound-dollar.

Trading the inflation report may not be as clear cut as some of our previous trades, but a less dovish BoE should pave the way for long British Pound trade as market participants scale back bets for more QE. Therefore, if the central bank sees an increased risk for inflation and looks to conclude its easing cycle, we will need a green, five-minute candle following the report to establish a buy entry on two-lots of GBPUSD. Once these conditions are met, we will set the initial stop at the nearby swing low or a reasonable distance from the entry, and this risk will generate our first objective. The second target will be based on discretion, and we will move the stop on the second lot to breakeven once the first trade hits its mark in an effort to protect our profits.

On the other hand, we may see a growing rift within the BoE as the U.K. slips back into recession, and the central bank may keep the door open to expand its balance sheet further as the fundamental outlook remains clouded with high uncertainty. As a result, if BoE officials lead towards expanding the asset purchase program beyond the GBP 325B target, we will implement the same setup for a short pound-dollar trade as the long position laid out above, just in the opposite direction. 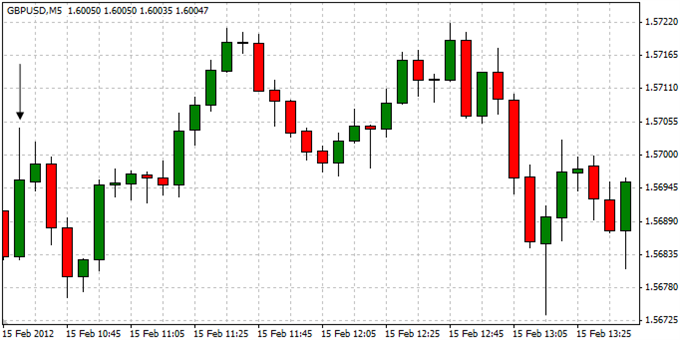 Although the Bank of England kept the door open to expand its balance sheet further, the central bank struck a more balanced tone as the group now sees a limited risk of undershooting the 2% target for inflation. The updated forecast propped up the British Pound, pushing the GBPUSD back above 1.5700, but we saw the sterling consolidate during the North American trade to end the day at 1.5689.