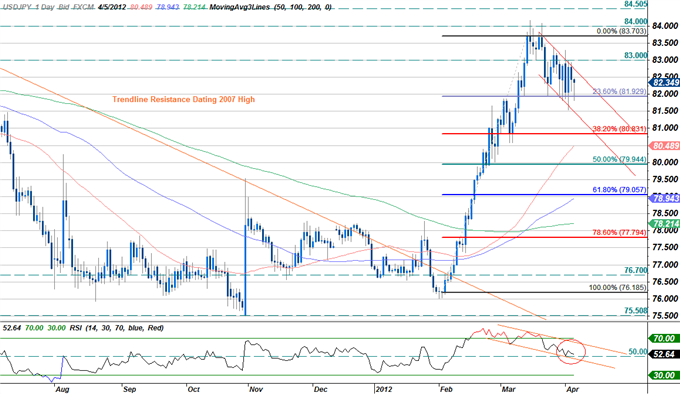 The world’s largest economy is expected to add another 205K jobs in March and the ongoing improvement in the labor market should prop up the U.S. dollar as it dampens the Fed’s scope to push through another large-scale asset purchase program. As the recovery gets on a more sustainable path, we should see the FOMC continue to soften its dovish tone for monetary policy, and the committee may look to normalize monetary policy towards the end of the year as the outlook for growth and inflation picks up. However, as market participation tapers off ahead of the holiday weekend, we may see whipsaw-like price action across the major currencies, and we will be prudent going into the event in an effort to preserve our capital.

As the economic recovery gradually gathers pace, businesses across the U.S. may continue to ramp up their labor force, and a marked rise in employment could push the EURUSD back below 1.3000 as market participants scale back expectations for more quantitative easing. However, easing demands paired with the slowdown in production could drag on hiring, and we may see the FOMC carry its zero interest rate policy into 2013 in an effort to encourage a stronger recovery. In turn, a dismal NFP report could spark a sharp rebound in the EURUSD, and we may see the pair maintain the range carried over from the previous month as market participants weigh the prospects for future policy.

Although the EURUSD will be our primary focus for NFPs, we will also be watching the USDJPY as the pair tends to show a notable reaction to U.S. event risks. A look at the encompassing structure sees the USD/JPY trading within the confines of a flag formation off the March highs as the pair consolidates after its nearly 800 pip run off the February lows. Key daily support rests with the 23.6% Fibonacci extension taken from the February advance just below the 82-figure, with channel resistance limiting topside advances in the interim. While our medium-term bias on the pair remains weighted to the topside, the current correction is likely to persist so long as the RSI remains within the confines of the descending channel formation. 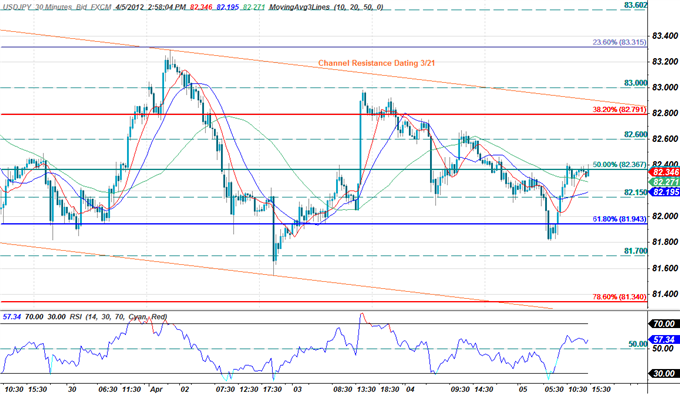 Our 30min scalp charts once again highlights intra-day support at the 61.8% Fibonacci retracement taken form the March advance at 81.94. A break below this level risks further dollar losses with subsequent support targets seen at 81.70, the 78.6% retracement at 81.34 and the 81-figure. Interim topside resistance stands with the 50% retracement at 82.35 backed by 82.60 and the 38.2% retracement at 82.80. A breach above channel resistance alleviates some of the pressure on the pair with such a scenario eyeing targets at the 83-figure, the 23.6% retracement at 83.30 and 83.60. Should the print prompt a bullish dollar response look to target topside levels with a break above 83.60 offering further conviction on our medium-term bias.

As market participants anticipate to see another 200+K rise in NFPs, the data certainly highlights a bullish outlook for the greenback, and the market reaction could pave the way for a long U.S. dollar trades as market participants scale back bets for QE3. Therefore, if we see the print come in-line or above forecast, we will need to see a red, five-minute candle subsequent to the release to establish a sell entry on two-lots of EURUSD. Once these conditions are fulfilled, we will place the initial stop at the nearby swing high or a reasonable distance from the entry, and this risk will generate our first objective. The second target will be based on discretion, and we will move the stop on the second lot to cost once the first trade hits its mark in order to preserve our profits.

In contrast, easing demands from home and abroad paired with the slowdown in production may bear down on hiring, and a soft labor report could renew expectations for additional monetary support as the Fed aims to foster a stronger recovery. As a result, if the development falls short of forecast, we will implement the same strategy for a long euro-dollar trade as the short position laid out above, just in the opposite direction. 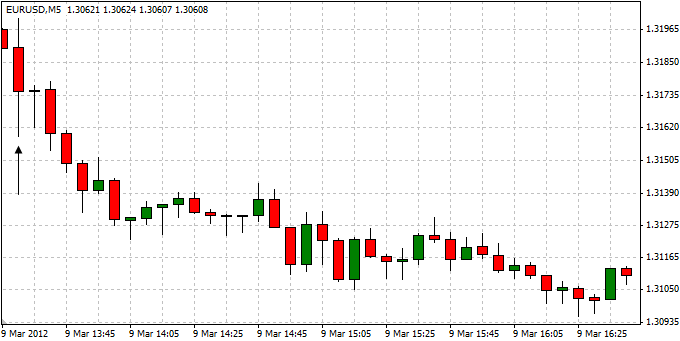 Employment in the world’s largest economy increased another 227K in February following the 284K rise the month prior, and the ongoing improvement in the labor market certainly dampens the Fed’s scope to expand its balance sheet further as the recovery gathers pace. The above-forecast print propped up the dollar, with the EURUSD slipping below 1.3100, but we saw the pair consolidate throughout the North American trade as the exchange rate settled at 1.3116 going into the close.