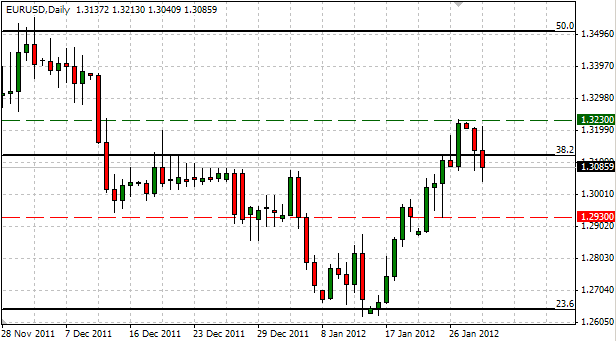 The U.S. ISM Manufacturing index is expected to increase to 54.5 in January and the fasters rate of production may spark a bullish reaction in the U.S. dollar as the development dampens the case for another large-scale asset purchase program. As private sector activity gradually gathers pace, Federal Reserve is likely to endorse a wait-and-see approach throughout 2012, and we expect the central bank to soften its dovish tone for monetary policy as the outlook for growth and inflation improves. However, Fed Chairman Ben Bernanke continues to highlight the ongoing slack within the real economy, the central bank may keep the door open to expand monetary policy further, and Mr. Bernanke may see scope to expand the balance sheet further in an effort to encourage an even stronger recovery.

The rebound in business investments paired with the rise in private sector credit may encourage businesses to ramp up their rate of projection, and the EUR/USD may continue to give back the advance from earlier this month as the fundamental outlook for the world’s largest economy improves. However, as household sentiment wanes, with Americans scaling back on consumption, firms across the region may scale back on production in order to stay afloat. In turn, a dismal ISM report could dampen the appeal of the dollar, and we may see the EUR/USD make another run at 1.3250 as currency traders raise bets for another round of quantitative easing.

Forecasts for a faster rate of production instills a bullish outlook for the reserve currency, and the market reaction could pave the way for a long U.S. dollar trade as investors scale back speculation for QE3. Therefore, if the ISM advances to 54.5 or higher from the previous month, we will need to see a red, five-minute candle subsequent to the release to establish a sell entry on two-lots of EUR/USD. Once these conditions are met, we will set the initial stop at the nearby swing high or a reasonable distance from the entry, and this risk will generate our first objective. The second target will be based on discretion, and we will move the stop on the second lot to breakeven once the first trade reaches its mark in order to preserve our profits.

On the other hand, the drop in consumer confidence paired with the slowdown in household consumption may prompt businesses to scale back on production, and a dismal manufacturing report could encourage the Federal Reserve to ease policy further in 2012 as the central bank aims to stem the downside risks for the region. As a result, should the ISM survey fall short of market expectations, we will implement the same strategy for a long euro-dollar trade as the short position laid out above, just in the opposite direction. 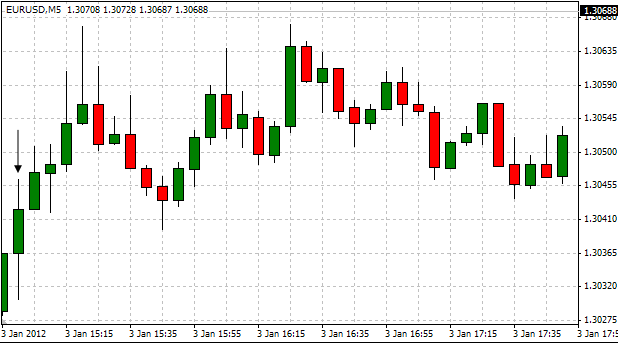 Manufacturing in the world’s largest economy expanded at a faster pace in December, with the ISM index advancing to 53.9 from a revised 52.2, and the development dampens the prospects for another round of quantitative easing as the recovery gradually gathers pace. The breakdown of the report showed the gauge for production advancing to 59.9 from 56.6, with the employment component increasing to 55.1 from 51.8, while inventories contracted for the third consecutive month in December. As businesses boost their rate of production, the more robust recovery will limit the Fed’s scope to push through another large-scale asset purchase program, and we may see the central bank endorse a wait-and-see approach in 2012 as the fundamental outlook for the world’s largest economy improves. The above-forecast ISM print propped up risk-taking behavior, with the EUR/USD extended the advance from the overnight trade, and the exchange rate held steady throughout the North American trade as the pair ended the day at 1.3050.