Ahead of the July ECB meeting it was noted that “The ECB does not need to do much this week to keep investors’ heads cool regarding the economic recovery from the coronavirus pandemic.” Now, the Euro has emerged on the other side of the July European Central Bank meeting in the same position from whence it entered: undeterred, even buffeted, by policymakers.

ECB President Christine Lagarde’s optimism regarding the early signs of recovery were counterbalanced by quips such as saying the outlook remains “highly uncertain.” But we would still argue that even just a marginally supportive ECB is seen as enhancing the efforts made by fiscal policymakers, allowing the Euro more breathing room for strength over a longer-term horizon. Markets seem to agree: all seven of the major EUR-crosses were positive after the July ECB meeting.

It can be argued that the ECB’s stance of recent, particularly under Christine Lagarde, has been that akin to the “tough love” that parents show their children. As previously noted, ECB President Lagarde’s comment that “we’re not here to narrow spreads” – a suggestion that it wasn’t the ECB’s job to reduce sovereign credit risk in the periphery relative to the core – may have been one of the sparks that ignited Germany and other core countries to embrace jointly-issued debt.

This is a far departure from former ECB President Mario Draghi’s “whatever it takes” moment in July 2012 – but it has helped pave way for the stability (and strength) that the Euro is enjoying in recent weeks. And ECB President Lagarde was eager to remind fiscal policymakers, ahead of their summit this weekend to iron out details for the Recovery Fund, that an “ambitious and coordinated fiscal stance remains critical.” The ECB’s tough love is consistent: politicians will finally have to do their job; and it is this accountability to fiscal responsibility that has the Euro outperforming its peers. 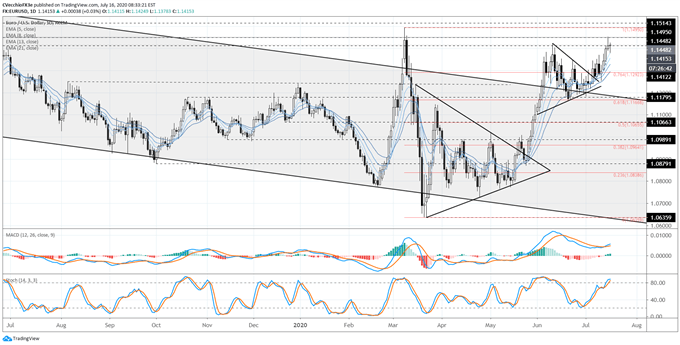 In the Euro rate forecast ahead of the July ECB meeting, in context of the symmetrical triangle formed in June, it was noted that “gains towards the June high at 1.1423 should not be ruled out, nor should an attempt at the yearly high established at 1.1514. A break of the daily 5-EMA would warn that the current impulse higher is fading.” EUR/USD rates have broken the June high at 1.1423, and the initial pullback has produce a bullish hammer candle at the daily 5-EMA – a sign that bullish momentum remains firm.

It still holds that this is not a second failed breakout attempt from the multi-year downtrend like the move in early-March. EUR/USD rates continue to rally above EMA envelope, with the daily 5-, 8-, 13-, and 21-EMA envelope in bullish sequential order. Daily MACD is issuing a trending higher in bullish territory, while Slow Stochastics have risen into overbought territory. Bullish momentum remains strong and gains towards the yearly high at 1.1514 still can’t be ruled out. 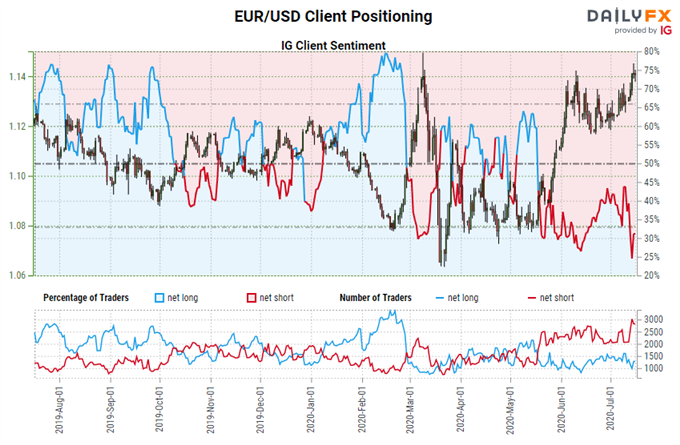 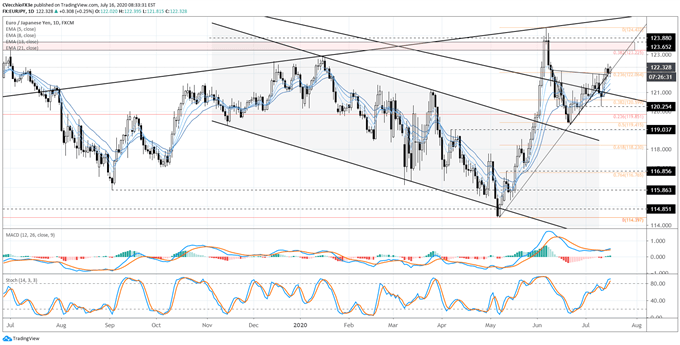 Ahead of the July ECB meeting, it was noted that “the triangular consolidation taking place in EUR/JPY rates during June has now yielded a topside breakout.” EUR/JPY rates remain above the rising trendline from the May and June swing lows, holding at said trendline as well as the daily 5-EMA earlier this week in establishing support during the bullish momentum move to the topside.

It still holds that, by clearing out near-term triangle resistance, EUR/JPY rates have also retaken the 23.6% retracement of the 2020 low/high range at 122.06. Gains through this area would increase the likelihood that EUR/JPY rates are primed for a return to what has proven to be a significant area of interest in recent years, between 123.65 and 123.88 – the area that proved to cap price action during the EUR/JPY rally in late-May/early-June.

For now, with EUR/JPY rates holding above their daily 5-, 8-, 13-, and 21-EMA envelope, daily MACD issuing trending higher in bullish territory, and Slow Stochastics having risen into overbought territory, the path of least resistance remains higher for EUR/JPY rates. 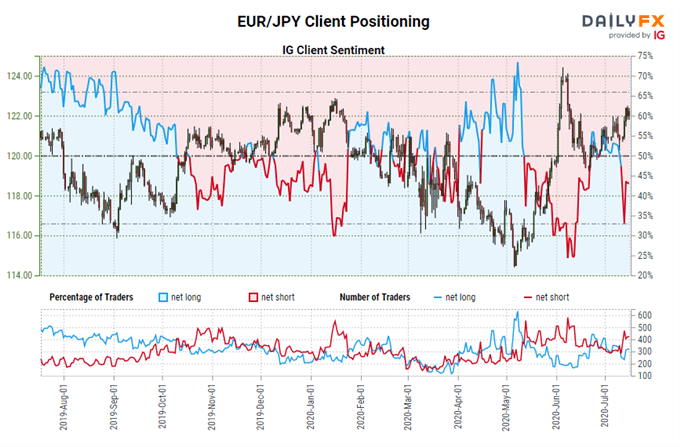