Crude oil prices have seen a volatile September 2019, but that hasn’t necessarily translated into directional moves or significant influence over the Canadian Dollar. With concerns about a global growth slowdown on the back of a Saudi oil supply shock abating, there has been room for risk appetite to rebound, benefiting the commodity currencies.

But with the US-China trade war coming back into focus, and the Saudi oil supply shock in the rearview mirror, traders may find a more difficult trading environment coming into focus for both crude oil prices and USDCAD rates. 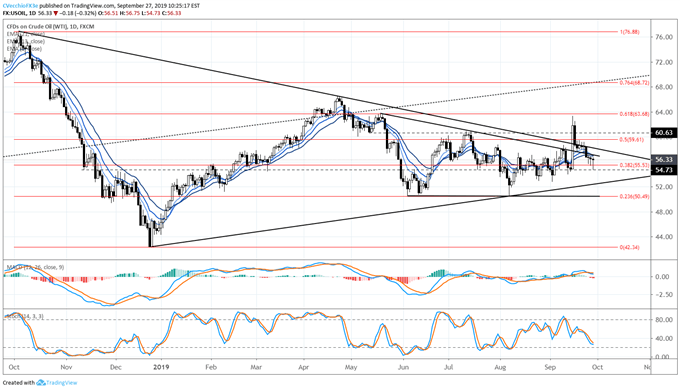 In our last crude oil technical forecast update, it was noted that “now that triangle resistance in the form of the descending trendline from the October 2018 and April 2019 highs has been broke, crude oil prices are eying the 61.8% retracement of the 2018 high/low range at 63.68.” The topside target was never achieved, thanks in part to the news that Saudi Arabia’s Abqaiq facility would return to operation sooner than anticipated; the threat of a significant shock to the global oil supply was avoided.

Crude oil prices are now back below their daily 8-, 13-, and 21-EMA envelope, a clear indication that the bullish momentum around the Saudi oil supply shock has waned. To this end, daily MACD has turned lower (albeit in bullish territory), while Slow Stochastics continue to trend lower in bearish territory. Near-term support comes into play around the 38.2% retracement of the 2018 high/low range at 55.53. 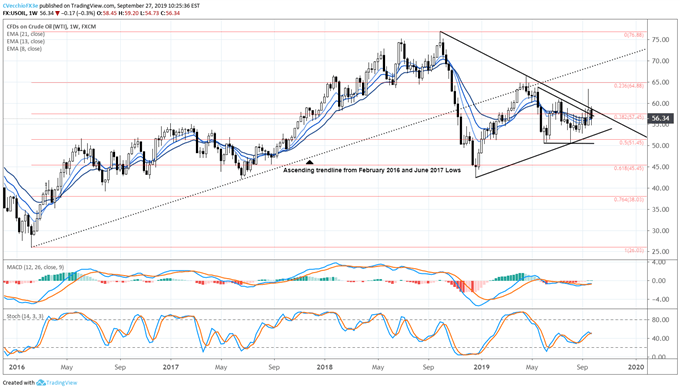 The failed bullish breakout from the descending triangle in place since the start of May 2019 and the symmetrical triangle in place since the end of September 2018 is clear: last week’s candle did not produce a close outside of the consolidation. Crude oil prices have returned to their weekly 8-, 13-, and 21-EMA envelope. Meanwhile, weekly MACD has narrowed in bearish territory, and Slow Stochastics have turned lower at the median line. Further losses can’t be ruled out in the coming weeks. 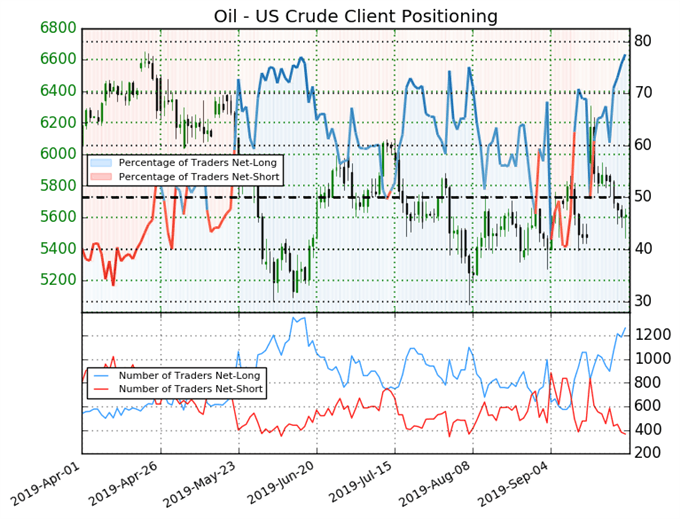 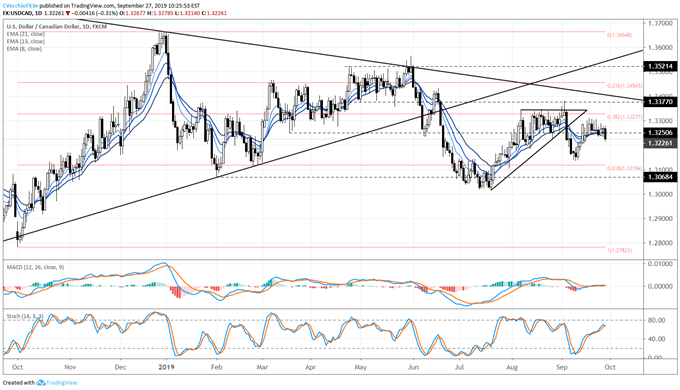 A slow, steady rise in oil prices is generally seen as a positive development for the Canadian economy given its approximate 11% dependence on the energy sector, However, a sudden shock rise in oil prices is not seen as a positive in any regard. There has been a clear tug-and-pull on the Canadian Dollar as a result; lots of intraday volatility, but not necessarily any directional move.

The general rebound in risk appetite has allowed USDCAD rates to come down in recent days. USDCAD is now below the daily 8-, 13-, and 21-EMA envelope (albeit not in bearish sequential order). Daily MACD is holding flat at its signal line. Meanwhile, Slow Stochastics have arrested their advance in bullish territory. Momentum is starting to shift to the downside; although it stands to reason traders may want to anticipate more sideways, directionless price action for the time being. More observation is required. 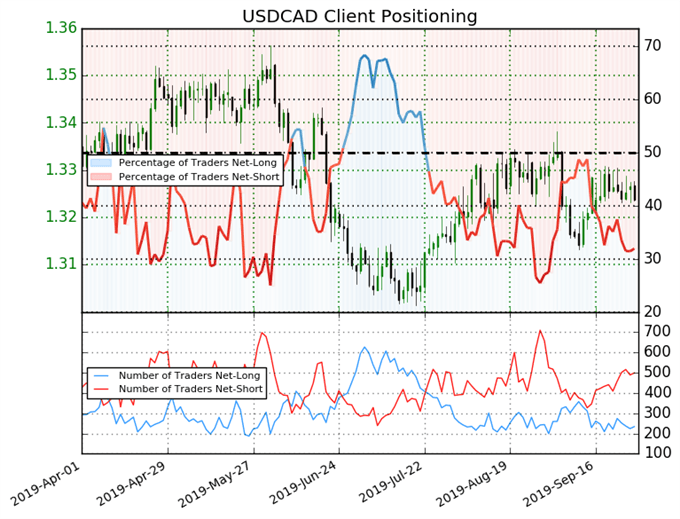