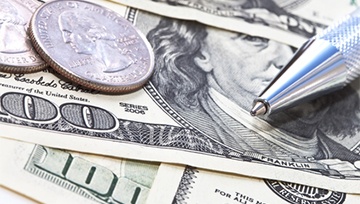 US Dollar Hampered by Downswing in Q1 Growth Expectations

- USD/JPY failed to close above its daily 21-EMA earlier this week, keeping the prospect of further downside alive for now.

- Sentiment for the US Dollar remains mixed as the calendar turns through the ides of March.

The US Dollar (via DXY Index) has had a docile week thus far, with each of the past two days of price action constrained by the high/low range established on Tuesday. Despite rates market pricing in a 100% chance of a 25-bps rate hike by the Federal Reserve next week, a disappointing reaction to the February CPI report and notably weaker February Advance Retail Sales have provided little reason for traders to embrace a stronger US Dollar.

Given the lighter economic calendar for today and tomorrow, the news wire will be most potent source of risk for the US Dollar as the calendar turns through the ides of March. Indeed, with focus on the shakeup in White House personnel and the continued push to enact tariffs on aluminum and steel, concerns about a trade war will linger for some time.

Although USD/JPY traded through the daily 21-EMA for on Tuesday, no close through said level was achieved. Over the past two days, sellers have been quick to engage the downtrend once more. Of note, the high on Tuesday that marked the top of the shooting star candlestick coincided with the September 2017 low near 107.30. 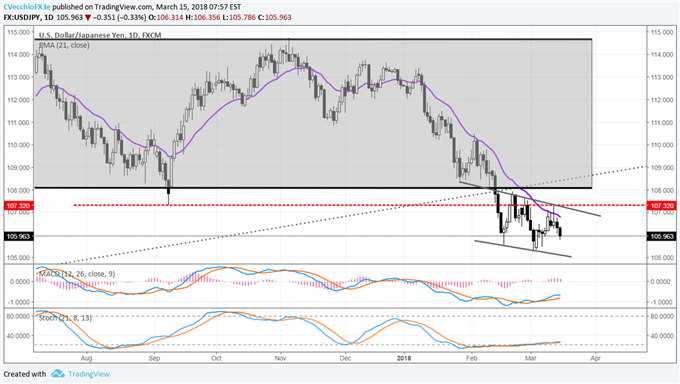 With price remaining below the uptrend from the late-2012 and mid-2016 lows (dotted line on chart above), and US equity markets failing to generate any topside momentum, a 'bearish' bias remains appropriate for the time being. The weakness in US data the past two days culminating in a downgrade to the Atlanta Fed's GDPNow Q1'18 growth forecast to an annualized +1.9% should keep a lid on any significant US Dollar advances over the next few days. 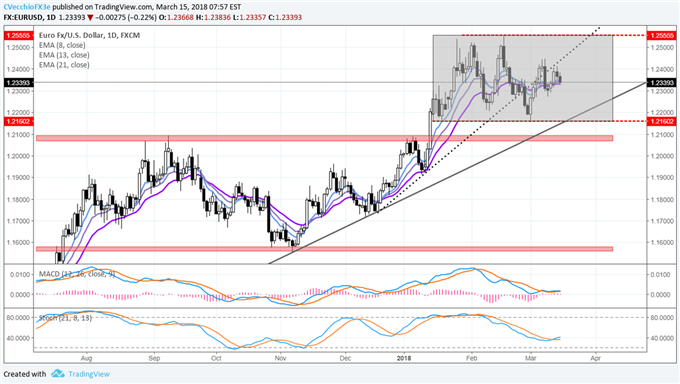 Given that the Euro comprises 57.6% of the headline DXY Index, it stands to reason that as long as EUR/USD remains rangebound - a potential flag after breaking out of an earlier symmetrical consolidation between the end of July 2017 and early-January 2018 - there is little reason to suggest that the period of US Dollar weakness is over.

Even if more downside arises in EUR/USD over the coming days, as we've stated repeatedly for the past month-plus, the DXY Index needs to clear out the September 2017 (and overall 2017) low at 91.01 before a serious conversation can be had about the US Dollar bottoming.