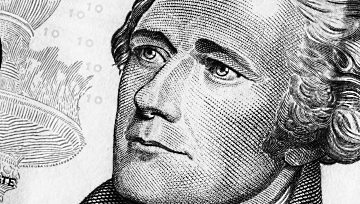 US Dollar to Stay Focused on Tax Reform as Key Driver

- Now that Fed funds are pricing in a 100% chance of a hike in December, progress of tax reform legislation is the key driver for the US Dollar.

- Retail trader sentiment has shifted to a neutral USD outlook, suggesting that a turn may be coming.

In what proved to be a very revealing day yesterday, the US Dollar fell back as early details on the Republican tax plan proved to be disappointing to investors. With the Senate set to take up debate after the Thanksgiving holiday, the timeline has already been pushed back once; and with news that the corporate tax cut won't be phased in until 2019, investors are seeing the timeline being pushed out ever further.

Now that Fed funds futures contracts are pricing in a 100% chance of a 25-bps rate hike in December, the US Dollar's main driver over the coming days and weeks will surely be the progress of tax reform legislation. Accordingly, the implications on Fed policy over the coming years are what market participants will be speculating on.

Some historical context: since 1965, there have only been 18 years in which one party has controlled both Congress and the White House. Regardless of ideology, whichever singluar party has tended to be in control after a wave election has pursued fiscal easing strategies: the US budget deficit grew by an average of 0.4% of GDP during those 18 years. Historically, it's been observed that when the US government runs larger deficits, inflation tends to increase.

Enter the current tax reform plan: it is expected to grow the deficit by $1.5 triillion over the next decade. Accordingly, the implication is that passage of tax reform legislation will lead to a rise in expected as well as realized inflation, forcing the Fed into a more hawkish monetary stance (i.e. keeping up the three hike per year pace of rate increases), and ultimately, forcing the market to believe the Fed (Fed has said three hikes are coming in 2018; market is only pricing in one for June 2018).

Much like how the British Pound is now focused solely on Brexit talks now that the Bank of England has said their rate hike wasn't the beginning of a tightening cycle, the US Dollar will be honed in on the details of the tax reform legislation now that markets have fully priced-in the December rate hike by the Fed.

See the above video for technical considerations in the DXY Index, EUR/USD, GBP/USD, AUD/USD, NZD/USD, and USD/CAD.