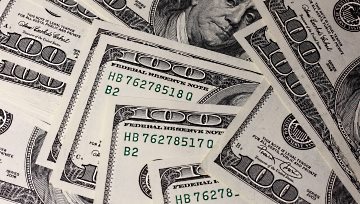 US Dollar Breakout Potential Persists Before Calendar Heats Up

- DXY Index is maintaining its ground above the descending trendline from the April, May, and June highs, as US Treasury yields have pushed higher.

- USD/CHF and USD/JPY still represent some of the best opportunities for bullish US Dollar outcomes.

- Retail trader sentiment continues to shift in a way that suggest USD-pairs have turned higher.

The US Dollar is taking a breather today, having given up gains accumulated overnight. Yet after yesterday's strong performance, the DXY Index finds itself trading above the descending trendline from the April, May, and June highs, suggesting that the downtrend over the past six months has come to an end.

While there aren't any catalysts on the US economic calendar today for the US Dollar - literally, zero data releases - the next few days will reveal a few key pieces of information that will likely bring volatility back to markets. The US ISM Non-Manufacturing/Services report for September, alongside the US ADP Employment report for September, will yield a fairly important insight as to where the upcoming US Nonfarm Payrolls report on Friday will go.

Taking a look at individual pairs, move higher in DXY Index yesterday appears to be largely driven by EUR/USD, which was impacted as new negative political risk drivers - for the first time since April - appeared on the scene in form of the Catalonian independence referendum.

In true head & shoulders fashion, price action has turned EUR/USD away from its former neckline, as is typical after the first breakout move. A close below 1.1715 would suggest increased validity for the EUR/USD head & shoulders target of 1.1554.

It remains the case that the best place right now to look for US Dollar strength are against the low yielding, safe haven currencies: the Japanese Yen and the Swiss franc. Both USD/CHF and USD/JPY have showed heightened sensitivty to US Treasury yield moves over the past five weeks, with both pairs bottoming within a day of the US Treasury 10-year yield hitting its low last month.

USD/CHF's rally continues to find resistance in the 0.9730/70 area, where the range top from May and the declining trendline from the December 2016, March 2017, and April 2017 highs converge. Yet like USD/JPY, USD/CHF is finding support on the daily 8-, 13- 21-EMA envelope; bullish momentum remains strong.