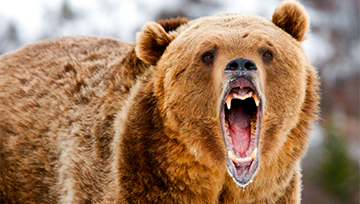 - A bearish daily key reversal in the S&P 500 yesterday, coupled with further strength from the Japanese Yen, suggests markets are shifting into a 'risk off' mindset as geopolitical tensions with North Korea escalate.

- Now that AUD/JPY and NZD/JPY have slid back, even stalwart pairs like CAD/JPY and EUR/JPY have seen their bullish technical postures break down.

- The retail crowd remains net-short the Japanese Yen, which is a contrarian indicator pointing to further gains.

Higher yielding currencies and risk-correlated assets have taken a hit over the past 24-hours as the specter of conflict between the United States and North Korea was raised once again. Following incendiary comments by US President Donald Trump that made it seem like war is inevitable along the current path, investors have been quick to shed anything deemed too risky very quickly. 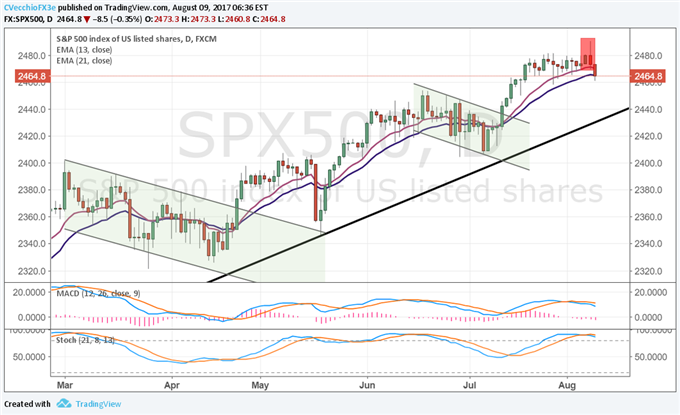 Despite it being a low volume, low volatility environment, yesterday's price action around this revived geopolitical trigger suggests investors aren't as complacent as they appear to be. In fact, with Tuesday's S&P500 candle posting a fresh yearly high before closing below Monday's low, a bearish daily key reversal is in place. We may have just established a short-term top.

The combination of a topping pattern in US stocks and the breakdown in USD/JPY - price has moved below last week's lows and has cleared out the rising trendline from the April and June 2017 lows - suggest that risk appetite is shifting into the 'risk off' position. Not only have AUD/JPY and NZD/JPY lost multi-month uptrends in the span of a few days, but even stalwart pairs like CAD/JPY and EUR/JPY have started to lose momentum. 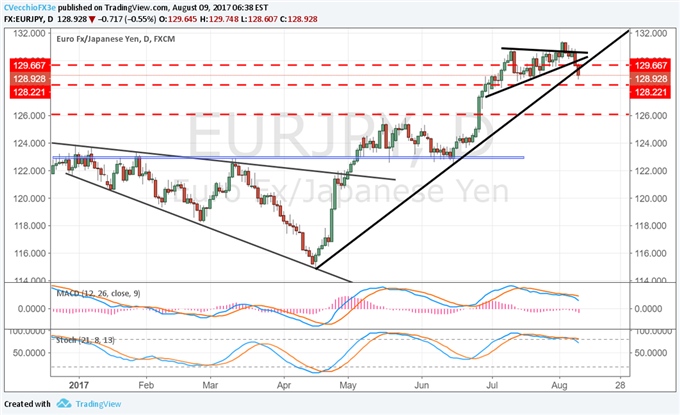 EUR/JPY, which was a promising breakout candidate, appears to have failed and threatens a more significant breakdown from its symmetrical triangle and rising trendline from the April and June 2017 swing lows.

While it seems that there are legitimate reasons for the shift to a more risk averse mindset, the particular location of this geopolitical threat may mean investor preferences shift: any conflict with North Korea is likely to pull in Japan, so the Japanese Yen may not stay the preferred safe haven for long.

With the United States likely to be drawn into any conflict as well, don't be surprised if the recently battered Swiss Franc finds renewed appeal over the US Dollar and the Japanese Yen. If pairs like AUD/JPY, EUR/JPY, and NZD/JPY have been on your radar, it may be worth shifting attention to AUD/CHF, EUR/CHF, and NZD/CHF in the near-term.

See the above video for technical considerations in the DXY Index, EUR/USD, GBP/USD, GBP/JPY, AUD/JPY, NZD/JPY, NZD/USD, and Gold.

Read more: Strategy for AUD/JPY, NZD/JPY with Volatility Due Next 24-hours