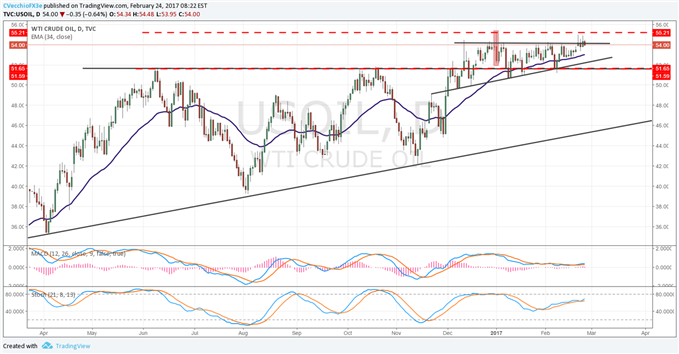 - 'Plan the trade, trade the plan': join me on Monday at 7:30 EST/12:30 GMT for the FX Week Ahead webinar to strategize trades around the top event risk for the coming week.

With the US Dollar (via DXY Index) starting to slip again, one's immediate inclination is to look for an answer. While the FOMC minutes weren't as hawkish as market participants were expecting, it's important to give them some context: the January US Nonfarm Payrolls report (February 3) and the January US CPI report (February 8) were both released after the Fed's first meeting of the year.

Why does that matter? In the FOMC minutes, it was stated that "the Committee will assess realized and expected economic conditions relative to its objectives of maximum employment and 2 percent inflation." If you have a checklist at home, put marks next to both of these items - we've definitely seen further progress.

Likewise, with Fed policymakers continually hammering home the idea that a March rate hike is on the table, more evidence that the labor market and inflation are heating up further could be enough to tip the scales into a sooner-than-currently-priced rate hike (February US Nonfarm Payrolls will be released March 10; February US CPI will be released March 17, two days after the Fed meets). We may not get a hike in March; but the odds of a hike in May, off of the quarterly SEP/press conference cycle, are increasing.

Elsewhere, as the DXY Index goes through its digestion, attention should be on CAD-crosses today with the upcoming February Canadian CPI report due. You can read our preview here (at the bottom). Crude Oil prices continue to hover near their highest levels of the year, but until we see a substantive break of the current ascending triangle, then the bearish key reversal from the first trading day of 2017 remains valid. 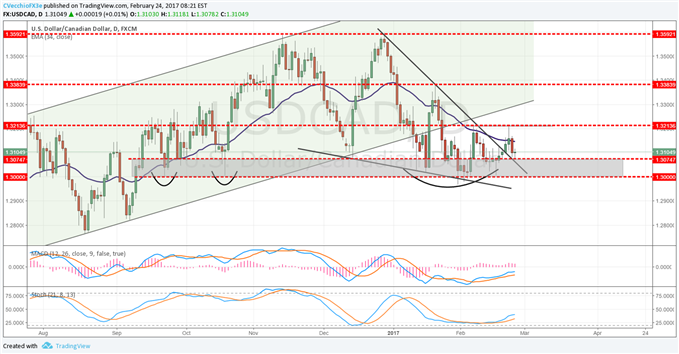 USD/CAD is by no means a clear picture right now, although with a floor underneath Fed rate expectations for at least two hikes this year, dips into 1.3000 appear to be buying opportunities. The bullish falling wedge scenario remains valid, but only if we're able to clear 1.3212, the swing high from February 7. This week, price was only able to achieve 1.3210 - still no break just yet.