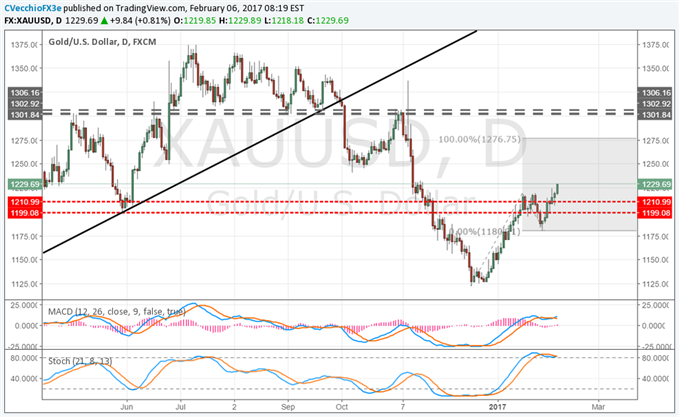 - Significantly lighter calendar for the week ahead; only eight 'high' rated events this week compared to 27 last week.

- Risks rising to the Euro again as Greece is back in the news.

- See the DailyFX Webinar Calendar for coverage of live events and strategy sessions over the coming days.

"Greece is back" - aren't those everyone's favorite three words? In what is a tiresome redux of 2010 to 2015, Greek bond yields are rising once again, reflecting the increasing risk that the country is headed for more financial calamity. Building on a report from the end of January that suggested the IMF believed that Greece's debt was reaching "explosive" territory, today's commentary from the German Finance Minister has done little to calm nerves. German FinMin Wolfgang Schaeuble's spokesman Juerg Weissgerber made clear that if the IMF were to pullout of the Greek bailout, "then the program is over," an ominous sign that Greece may be left to the wolves.

While early, this is a significant storyline that should be monitored given the tail risk it presents to the Euro. Put in context of what some policymakers have said in recent days - particularly the incoming US ambassador to the EU, Ted Malloch - it appears that Grexit risk is seeping back into the picture.

Elsewhere, in France, bond yields are rising - the French-German 10-year yield spread hit its highest level since early-2014 today - reflecting the increasing risk that the National Front's Marine Le Pen poses to the European political establishment. Italian-German yield spreads are widening out as well. While these may appear to be relics of a market in time's past, they certainly carry weight as we head into election season: Dutch elections in March; French in April and May; German in September; and an increasing likelihood that Italian elections could be held at the end of this year.

Necessarily, despite the fact that the "Trump reflation trade" is still vulnerable - thereby depriving the US Dollar of a significant fundamental driver, higher US yields - rising political risk for the Euro, if it weighs further on the currency, will only serve to the DXY Index's benefit: the Euro constitutes 57.6% of the weighting, after all.

The most obvious sign of rising risk in the market has been the performance of Gold in recent days. With equity market gauges of volatility significantly depressed and US yields starting to pull back in, the continued rise of bullion serves as a warning. Recent price action dictates that we may be on the way to 1276 over the coming session.

See the above video for a technical review of the DXY Index, EUR/USD, GBP/USD, AUD/USD, USD/JPY, Gold, AUD/JPY, and NZD/JPY.