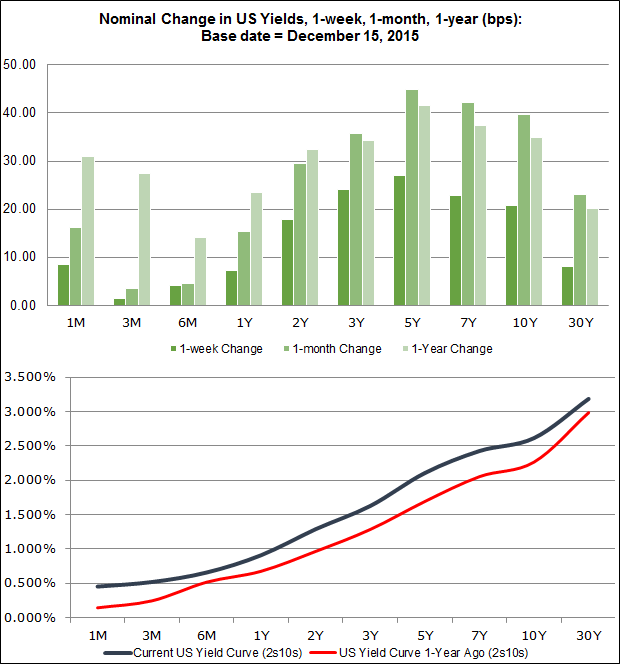 Higher US Yields Post-FOMC Pushing US Dollar to Fresh Highs

- Markets had only been pricing in two rate hikes in 2017 ahead of yesterday's FOMC meeting; FOMC says three are possible.

The December FOMC meeting proved to be quite the boon for the US Dollar. Whereas ahead of yesterday's meeting, markets were pricing in two rates hikes in 2017. However, in raising its key rate and suggesting that there could be up to three rate hikes next year, the FOMC has given the US Dollar a fresh source of strength.

These are promising signs for the US Dollar in the near-term. In fact, as markets are quickly aligning with the Fed's belief that it could hike three times next year, the US Dollar is in prime position to benefit (particularly versus lower yielding currencies). Given that the Fed is still more hawkish on the backend of its forecasts that markets are currently pricing (see chart 2 below), there still may be more 'juice to squeeze' out of the US Dollar long trade. 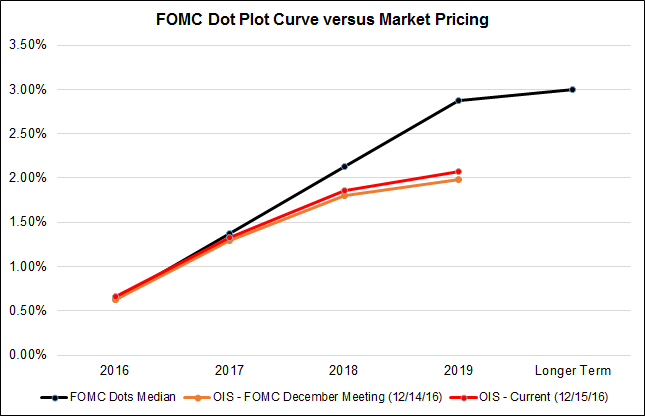 These developments have proven exceptionally favorable for the US Dollar, fitting in line with our earlier analysis. As noted last Friday during the US Dollar pullback, "US Dollar weakness has been fundamentally unjustified given the rising yield environment and retained steepness of the Fed expectations curve - two rate hikes remain priced-in for 2017. With the FOMC set to meet next Wednesday, traders are likely going to be seeking out confirmation that their reiginted bullish US Dollar sentiment is justified.line with what the Fed is poised to do in 2017, but may be a bit behind the Fed in 2018." 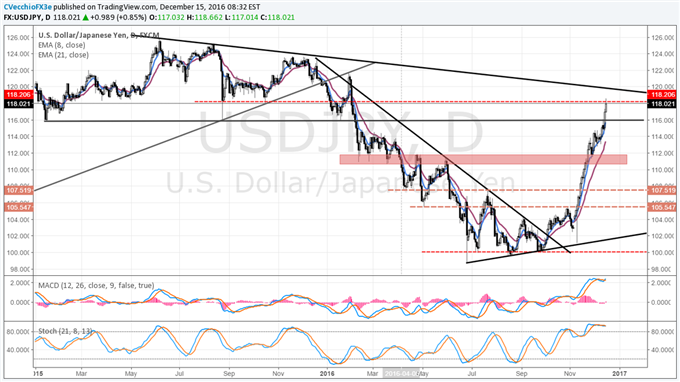 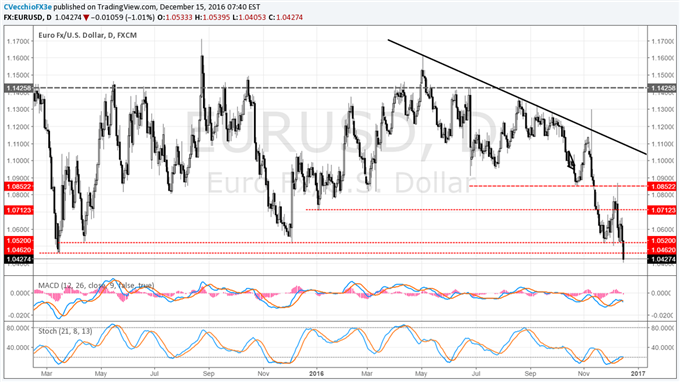 Against the backdrop of the ECB significantly loosening its monetary policy, the Fed's decision to come out more hawkish at the margins has now driven EUR/USD to fresh cycle lows, breaking through the March 2015 low of 1.0462. Given the political risks that have cropped up in Europe, we still believe that EUR/USD is in the early stages of a move towards 0.9500 (per our Q4'16 Euro forecast written in September).