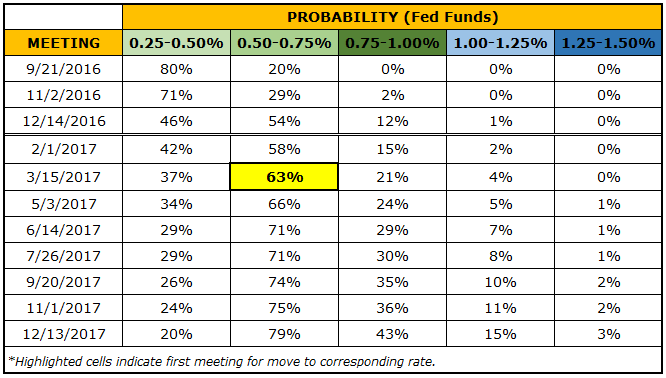 - USDOLLAR Index not committing to break above 12000 pre-FOMC.

- As market volatility is set to rise with summer ending, it's a good time to review risk management principles.

Recent data and market action point to the FOMC keeping rates on hold at its September 20-21 meeting, keeping the USDOLLAR Index in a broad holding pattern over the past month. Rate expectations have been relatively stable, if not subsiding, over the past week, in particular after Fed Governor Lael Brainard failed to stoke hawkish embers with her speech on Monday.

While the US economic calendar has been quiet this week, that's not to say that the market has recently downgraded its assessment of the economy. On July 26, the US Citi Economic Surprise Index was +43.3; today it is -5.8. With that said, yesterday's Census report was unabashedly strong, and in context of say, better retail sales and higher inflation reports over the next two days, may be enough to get the market speculating on a more hawkish Fed than currently being priced in by markets.

As things stand, Fed funds futures contracts are implying a 20% probability of a rate hike next week, and only a 54% chance of a rate hike in December. The first month that exceeds our preferred 60% threshold is March 2017 (conveniently a meeting in which the Fed will release new SEPs).

Regardless of what happens next week, one truth has emerged over the past few years: the Fed is not only intending to keep rates at historically low levels for a long-time - historically, 75-bps on the Fed funds rate is still exceptionally accommodative - but its main rate will rise to a lower peak than in previous hike cycles. As such, we've seen the US yield curve, as measured by the 2s10s, flatten significantly over the past year: the spread has narrowed from +145.6-bps to +92.8-bps. 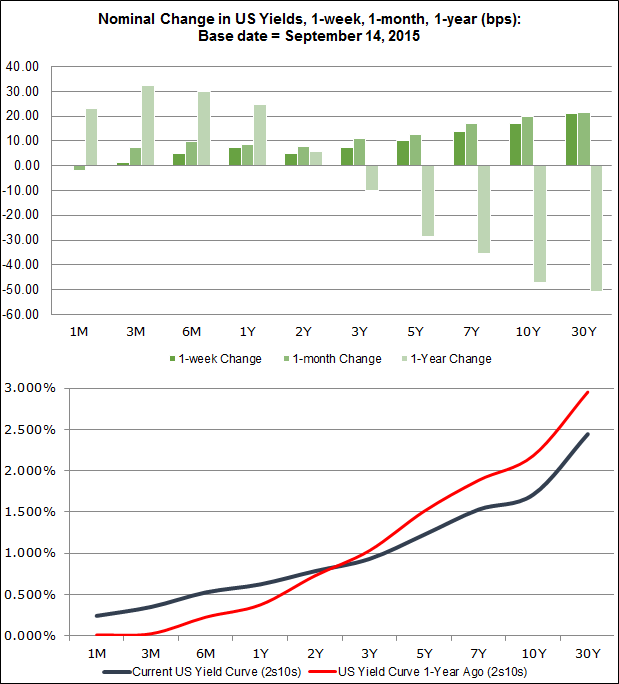 Barring a blowout in the next today days of US economic data, our call for a 'hawkish hold' next week and ultimately a 25-bps rate hike in September stands.