- US economic data off to its worst start over the past 10 years.

- As market volatility rises, it's a good time to review the "Traits of Successful Traders" series.

After a few days of rocky trading around the end of the Chinese New Year and the US federal holiday on Monday, markets seem to be sorting themselves out emotionally. The notion that the Federal Reserve isn't going to raise rates this year has jolted the US Dollar, but we've warned that this seems like overkill.

Coming into 2016, the reality was that the Fed wasn't going to raise rates four times as it intended to, and markets recognized this; and the expectations differential drove the US Dollar down throughout the first six-plus weeks of the year. We're at the opposite end of the spectrum now: the reality is that the Fed is going to raise rates at least once this year, more than the market has been pricing in:

The odds of at least one rate hike this year have shot up dramatically over the past few days, with a 34% chance of a move by December. This is a significant improvement from the mere 11% chance priced in as of last Friday: 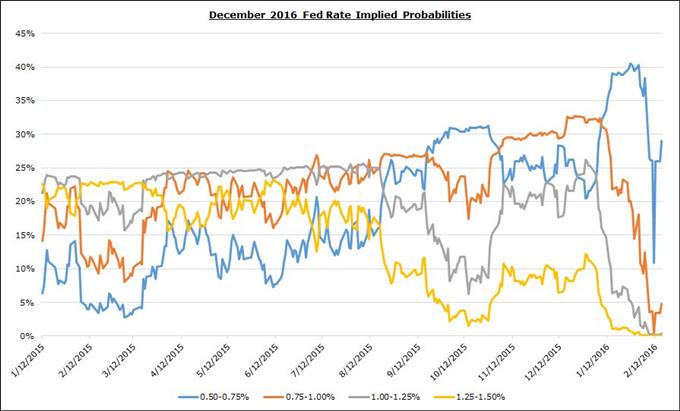 The one near-certain development that could help the US Dollar would be a rebound in US economic data. US economic data, as measured by the Citi Economic Surprise Index, is off to its worst start at any point over the past decade: 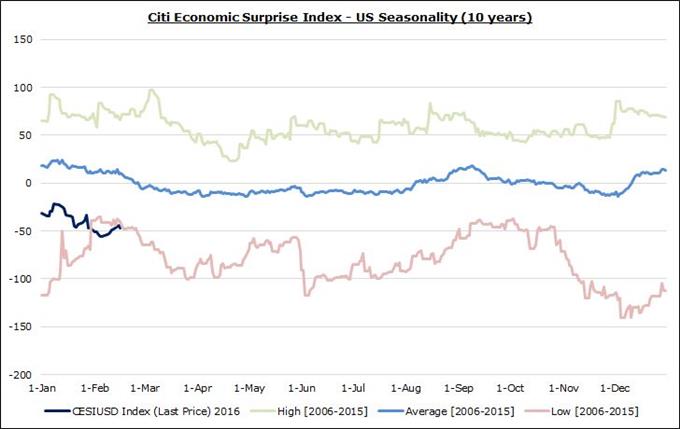 The US Dollar has been gifted a soft sentiment environment that can easily be taken advantage of, provided of course that incoming economic data comes in to the upside and Federal Reserve policymakers' speeches over coming days signal confidence in the Fed's intended rate hike path. 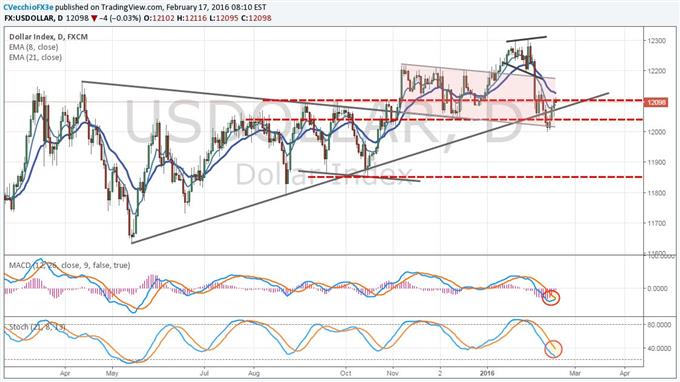 In a market increasingly driven by investors exhibiting a sense of fragility otherwise unobserved for years, it's important to track crowd positioning and sentiment; the retail crowd has been on the wrong side of several major moves, including EUR/USD, GBP/USD, and USD/CAD, over the past several months.

Read more: The Case for a Short-term US Dollar Rally Improves