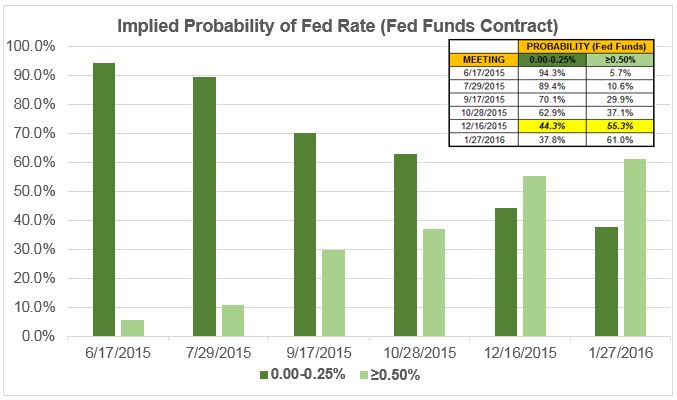 How Do FOMC Minutes Fit in with USDOLLAR's Ongoing Triangle?

The USDOLLAR Index is testing the topside of its triangle resistance as ST indicators turn higher. However, on a day and in a week where the economic calendar (in particular, out of the United States) is fairly light, there's not one identifiable catalyst left that could be easily pointed to as a spark for a breakout (especially now that the release of the FOMC minutes has come to pass).

Speaking of the FOMC minutes, they did little to convince market participants that, despite the Fed's downgrade of its 2015 growth and inflation forecasts, and their 2015-2017 interest rate forecasts, a June 2015 rate hike can't be ruled out. Citing a strong dollar and weak oil prices, the FOMC seemed to think stronger growth heading into mid-year would ultimately curtail the effects of recently shifting market prices, allowing for an uptick in inflation going forward.

Of course, someone is wrong here: either the Fed is far too optimistic on the evolution of the US economy in the months ahead; or the market has taken the dovish leanings too seriously, having priced out the chance of a rate hike to at least December 2015, per the fed funds futures contract implied probability. If the market is proven wrong, then it is about six-months behind the Fed's timeline, offering room for significant repricing and a potential tailwind for the US Dollar as short-term interest rate differentials widen back out in favor of the greenback.

See the above video for technical considerations in EURUSD, GBPUSD, AUDUSD, USDJPY, and USDCAD.