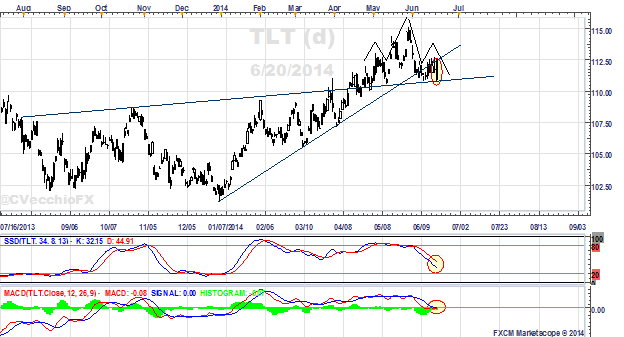 US Dollar Down, Not Dead - How Yields May Buoy the Buck

- US Dollar down, but not dead as EURUSD, USDJPY reverse.

- Long bond yields may be bottoming, which is USD-positive.

- June seasonality still working against the buck, however.

The Federal Reserve may have painted a slightly optimistic picture with its updated June economic forecasts, but it was Fed Chair Janet Yellen’s press conference that really stuck it to the buck on Wednesday. However, after the initial euphoria of ‘lower rates forever’ passed, it became clear that market participants weren’t necessarily convinced that yields would remain low – at least that’s what the bond market may be signaling.

With the hunt for yield still well-on – look no further than Italian and Spanish yields sitting at or near all-time lows, with the Spanish 10YY fetching a lower rate than the US 10YY in recent weeks – it’s inherently important for any major currency backed by a central bank in a QE regime to have higher yields to maintain appeal, on a relative basis.

Our attention is thus drawn to the long-end of the US yield curve, which TLT serves as a proxy for (20+ Yr Treasury Bond ETF). As TLT tracks the price of bonds, when TLT rises, bond prices rise, and yields fall. Now, as the chart above shows, TLT may be working on a head & shoulders topping pattern, which would call for a rise in long-term yields. If this develops, the US Dollar may be better supported in the coming days. 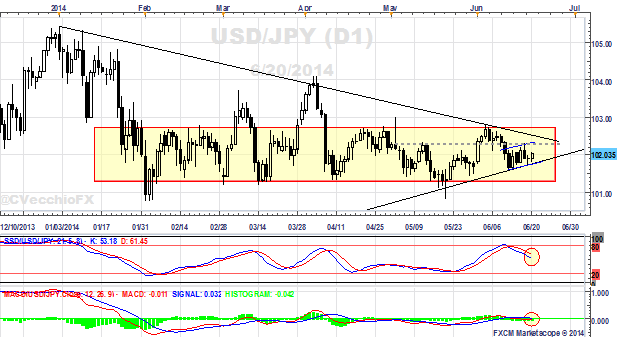 Should US yields rally, it would come at a very opportune time for USDJPY in particular. In the accompanying video (scroll back to the top of the article), we go into the technical aspects of how a US Dollar turnaround could take place, with focus on EURUSD and USDJPY.

Have a bullish (or bearish) bias on the US Dollar, but don’t know which pair to use? Use a US Dollar currency basket.