- US yields continue to plunge at the long-end of the yield curve.

- Previous instances of US yield curve bull flattening have hurt the US Dollar, US stocks.

- USDJPY could be next domino to fall if yields don’t rebound.

The most surprising performance among asset classes this year has to be from sovereign bonds, specifically US Treasuries: after all, it was a near-certainty among economists that the Federal Reserve’s tapering of QE3 would reduce demand and send interest rates soaring. 2014 has produced anything but that case, and the US Dollar’s resiliency has been put to the test as a result.

In fact, the 10-year US Treasury Note yield has dropped to its lowest level since October 2013, in the wake of the US government shutdown: 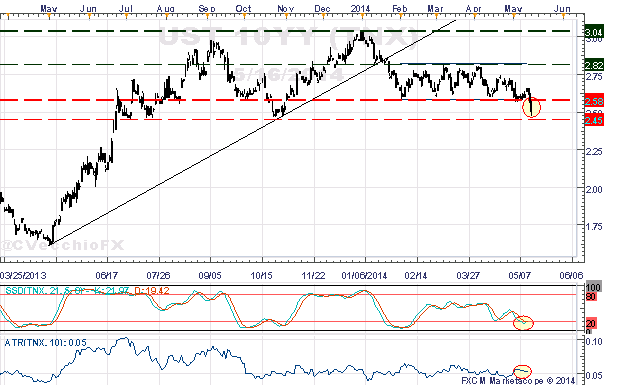 The flattened yield curve over the past several weeks has been the biggest obstacle the US Dollar has faced, particularly with respect to the USDJPY: whereas US equity markets just traded to fresh 2014 and all-time highs, USDJPY has been pinned in a range between ¥101.20 and 103.05 for the better part of the last three months. 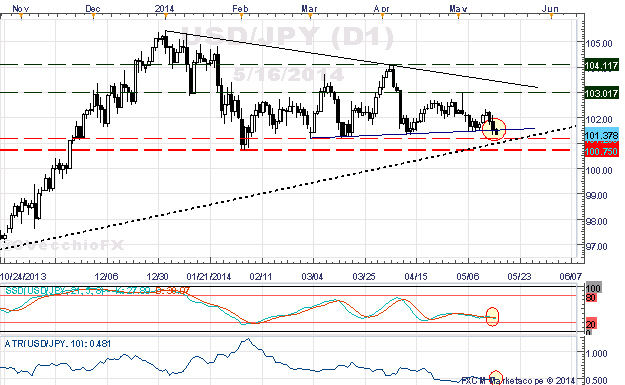 - USDJPY remains mostly disconnected from US yields, insofar as the drop in yields would suggest that the USDJPY should be trading lower, near if not ¥100.75.

- In the short-term, the post-NFP high near ¥103.05 should cap gains; a pivot through this level would represent a significant turning point for USDJPY. It is thus an appropriate reference point for managing risk. 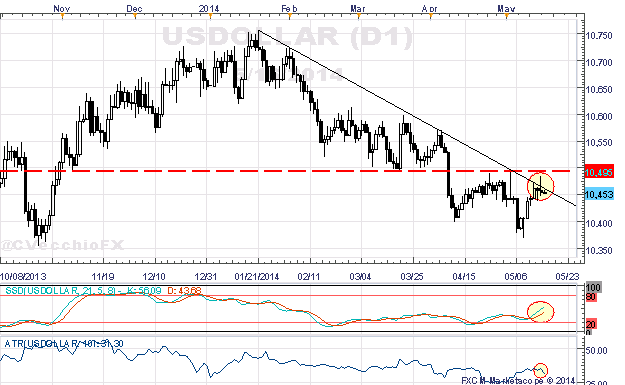 - The bearish hammer occurred at a former level of support near 10495, where price had bottomed out during late-March and early-April before spilling over.

- The downtrend from the January and March highs remains, with the most recent rejection coming on Friday.

- Only a weekly close through 10495 will warrant reconsideration for a bullish bias.