- Expecting price action to calm ahead of FOMC tomorrow.

A scan of this morning’s best and worst performers via the Strong/Weak app shows that the black and white natured relationship between European FX and the commodity currencies is on pause. Whereas the British Pound and the Euro have been moving in near-lockstep, they are pulling in opposite directions the past several hours; the same thing can be said about the Australian and New Zealand Dollars.

A break from this recent theme – the rotation from the commodity currencies to European FX – allows us to look at some of the regional crosses. Today, our interest is drawn to EURGBP, which has been engaged in a short-term countertrend move the past several days:

EURGBP Daily Chart: May 7 to Present 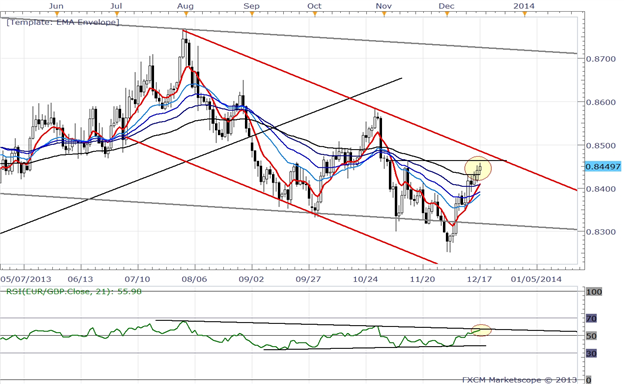 - Despite several piercings of the sideways channel grey lines) that supported price going back to January, there has yet to be a convincing break below £0.8300.

- The EURGBP continues to respect the descending channel off of the August and October highs (red lines), resistance at 0.8480 today.

- RSI (21) on the daily chart is also coming into trend resistance, with the reference points in the indicator aligning with the swing highs seen in price.

- Thus, the EURGBP find itself at a crossroads. Either resistance near 0.8460/80 will hold, allowing the descending channel to continue to develop; or a break with a daily close above 0.8480/500 will suggest a new trend is forming.

- In the bullish scenario, we would envision the EURGBP respecting the sideways channel going back to January, with targets of 0.8575 and 0.8725 over the coming weeks. 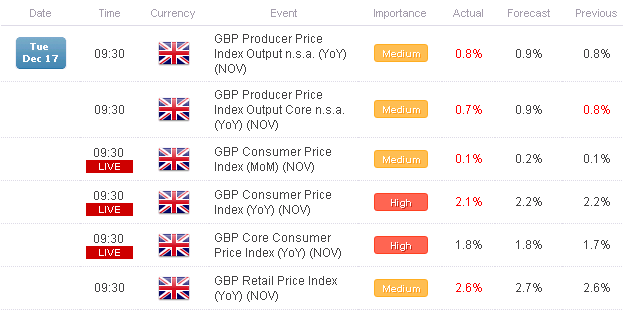