- Aussie taking a big spill, down over -1% across the board.

A scan of this morning’s best and worst performers via the Strong/Weak app shows that the Euro has emerged as the top performer, although its European counterparts, the Euro and the Swiss Franc, are not far behind. Price action today very much resembles that which we saw the past few weeks: the rotation from the commodity currencies into European FX.

The Euro’s place as a top performer in recent weeks gives confidence to the idea that today’s price action may not be a one-off event; rather, a continuation of recent trends with respect to a pause in price action the past several days. It is thus fitting that the currency pair highlighed today is EURAUD, which we’ve been examining from the long side since A$1.4510. A push through 1.5000 may be around the corner: 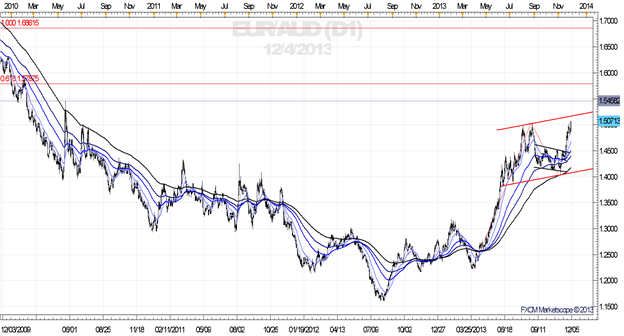 - A retest of the yearly high produced a small selloff, but bullish full timeframe continuity (H1, H4, daily) has developed, suggesting that momentum is firming to the upside.

- With respect to the rally seen from the 2012 and 2013 low, we view the recent consolidation in price the past four months as a flagging pattern. 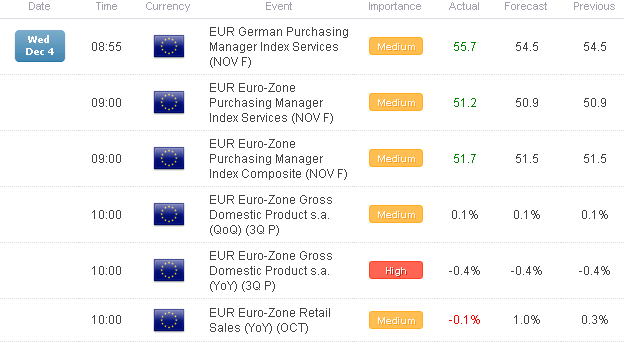