A scan of this morning’s best and worst performers via the Strong/Weak app shows that the Australian Dollar is the big underperformer on the day, while the British Pound has perked up to take top spot from the Euro over the past rolling 24-hour period. Accordingly, with the British Pound surging on the lower timeframes as well (m15, H1, H4), there may be a clearer opportunity emerging to play for a continuation of Sterling strength. 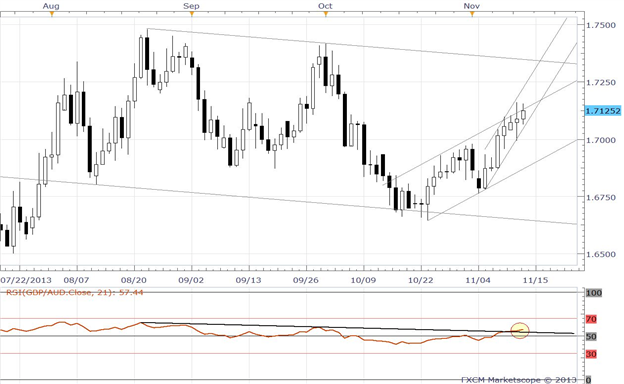 The GBPAUD has traded in a sideways channel for the past three months, but recent data has helped shift momentum to the upside. The short-term moderate ascending channel since the October 22 low may be giving way to a more concerted uptrend, since November 5. Accordingly, a hawksih BoE today could help set the GBPAUD into breakout territory above 1.7175, on course for 1.7325 over the coming days.

Alternatively, we like the GBPUSD lower if the BoE strikes a dovish tone. 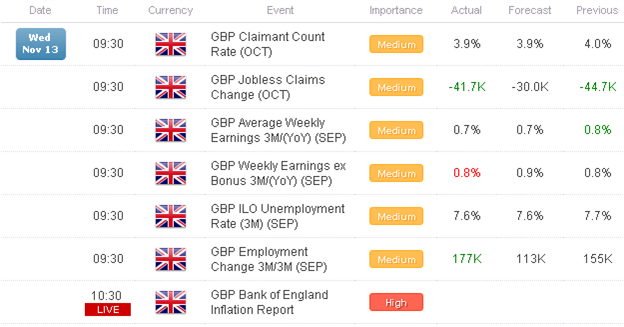 There are no data on the Swiss Franc economic calendar on Wednesday, November 13, 2013.