US Dollar Falls Back Following Weak Data Throughout Morning

- Americans’ Views on Economy are Most Pessimistic Since November – Bloomberg

The US Dollar was among the top performers this morning, trailing the frontrunner the British Pound by a mere -0.11%, just over two-hours ahead of the crucial US data dump beginning at 08:30 EDT / 12:30 GMT. A number of factors led to this, including but not limited to: increased flows into the US Dollar and out of the Japanese Yen; rising European sovereign debt yields in Italy and Spain on the shorter-end of the yield curve; and expectations for strong data this morning.

However, the US Dollar hit a wall ahead of the US cash equity open as the data disappointed overall and peripheral European bond yields started to fall (higher prices). Mainly, we point for four data points that were released this morning:

Initially, it appeared that this data wasn’t that disappointing: Initial Jobless Claims barely missed; Building Permits moved to their highest level in four-years; Housing Starts were down marginally; and the Philadelphia Fed Index, despite falling short of expectations, improved. Nonetheless, a lack of an improvement in the labor market and a second consecutive report showing that manufacturing contracted in the Northeastern region of the US was enough to dampen optimism.

But the data were enough to provoke a US Dollar sell-off: in conjunction with the US Dollar being overbought on shorter-term time frames, especially against the Euro and the Japanese Yen, and with the majors sitting at significant levels (the EURUSD was at trendline support off of the July 24 and the August 2 lows; and the USDJPY hitting former swing levels to the upside), the disappointing data provided the necessary fundamental catalyst to send the US Dollar lower on the day.

The Swiss Franc is the top performer today, following the Euro higher against the US Dollar; the two are up by +0.56% and by +0.55%, respectively. The British Pound is also performing marginally better, gaining +0.35% against the US Dollar. The Australian Dollar is mostly unchanged, with the AUDUSD falling by -0.04%, while the USDJPY has moved higher on the day, gaining +0.34%. 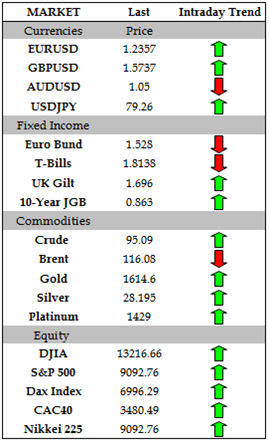 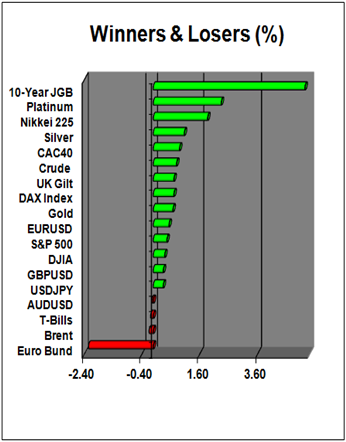 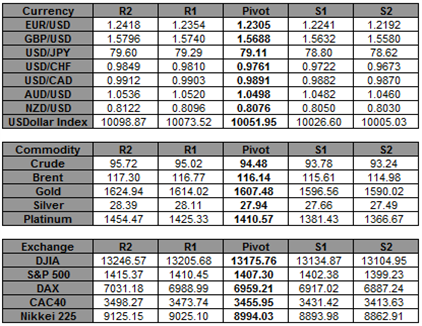