- Draghi on Offensive as Game Changer Sought in Crisis – Bloomberg

- Bank Breakups: Not So Fast – WSJ

High beta currencies and risk-correlated assets were bid higher in the overnight sessions but any upside momentum on the tail of last week’s gains appears to have sputtered out, at least on Monday, as the Japanese Yen and the US Dollar have emerged as the top performers (with some sideways price action by the commodity currencies, the Australian, Canadian, and New Zealand Dollars).

Mainly, taking a look at the majors now that the European trading session has reached its end on Monday, the Euro has trailed across the board as it’s clear that there exists some significant hurdles for the European Central Bank to implement a major bond buying program, as hinted at by European Central Bank President Mario Draghi on Thursday. As per a report circulated by the Wall Street Journal on Friday, other European Central Bank policymakers were surprised by President Draghi’s statements (suggesting that they were unaware of such plans) and that the central bank chief was due to speak with Jens Weidmann, the second most important influential European monetary policymaker (as head of the Bundesbank, Germany’s central bank) about further rate cuts and possible a third longer-term refinancing operation (LTRO).

When considered in the context of history, we must consider a few things about the rumored moves that the European Central Bank will purportedly make at their August policy meeting this week: more liquidity to aid a solvency crisis, while no new fiscal structural reforms are made. Over €1 trillion has been added to Europe’s financial sector since December 2011, and yet yields in the periphery have soared to Euro-zone era highs.

If the additional liquidity injections had served their intended purpose, sovereign debt yields would not have continuously risen, and perhaps more importantly, we would not have seen Italian and Spanish yields relative to their German counterparts spread to record levels. German bond yields are at or near all-time lows, an indication that demand for safety remains elevated despite the LTROs. Clearly, solvency is the issue, not liquidity. While further liquidity injections might inspire some confidence in the short-term, history suggests that this optimism will fade.

The Japanese Yen is the top performer, gaining 0.33 percent against the US Dollar thus far on Monday. The Australian Dollar is barely up on the day, with the AUDUSD appreciating by a mere 0.03 percent. The British Pound has depreciated against the US Dollar, losing 0.35 percent. The Euro is the worst performer on the day, with the EURUSD depreciating by 0.56 percent. 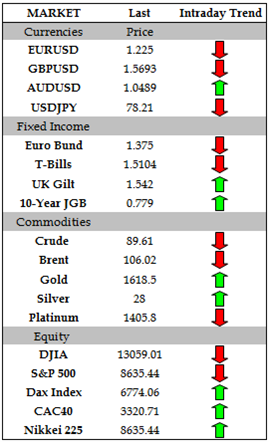 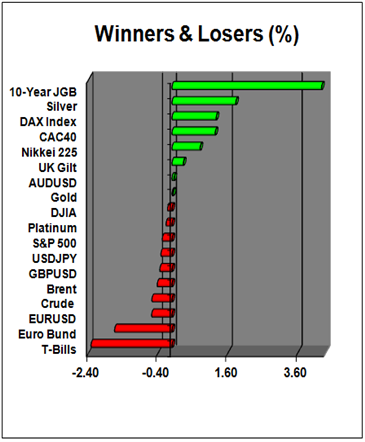 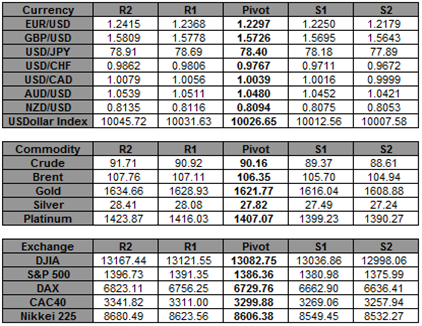