Poor US Data Stokes QE3 Hopes; Why the ECB's New Stance is Important

Price action was relatively muted in the overnight as little market moving data out of Asia or Europe hit the wires, with the most notable development revolving around stagnant price growth during June. There are two ways to view the inflation picture in Europe: the immense amount of liquidity injected into the financial system over the past several months is starting to cycle into the real economy; or Europe’s economies are starting to rebound (increased consumption in theory would stabilize prices). We favor the former.

Perhaps the biggest development out of Europe is the news about the shift in the European Central Bank’s position towards bailouts and how bondholders are treated. Unlike the central bank’s view on Irish banks in 2010, in which senior bond holders were relieved of losses thanks to a “seniority” clause, the European Central Bank has set forth a view that all bondholders – senior or junior – should share the burden of losses.

This is important two-fold for the situation in Europe. First, despite the fact that Euro-zone finance ministers rejected this proposal set forth by President Mario Draghi a week ago (mind you, he was not the president when Ireland received its bailout, so seeing a different view set forth isn’t entirely unsurprising), the European Central Bank, alongside Germany, largely controls the fate of the Euro-zone. If they’re willing to drop any seniority from losses, it means that new private sector investors are likely to invest in sovereign debt, which should help keep yields down.

Secondly, and more importantly, if there’s no seniority, it means that bailouts will be smaller. With many of the core European countries solidifying their stance that the current measures set forth are enough for now – meaning that no new bailout funds will be pledged – any leeway on bondholder losses should ease concerns that the firewall isn’t large enough. Again, although Euro-zone finance ministers didn’t agree on President Draghi’s and the European Central Bank’s new stance, at the end of the day when push comes to shove, the European Central Bank is one of the two parties that have control over the fate of the currency union and they will get their way.

The Japanese Yen is the top performer today, with the USDJPY depreciating by 0.48 percent thus far. The British Pound is also stronger, gaining 0.37 percent against the US Dollar. The Euro has recovered its intraday losses, trading 0.13 percent higher against the US Dollar. The Canadian Dollar is the worst performer, with the USDCAD appreciating by 0.17 percent. 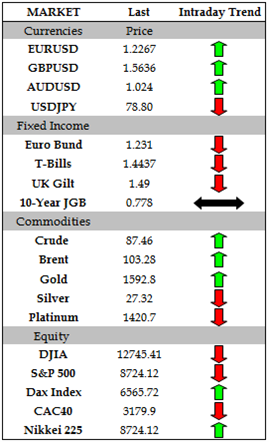 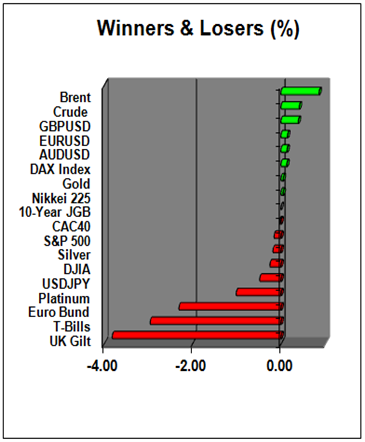 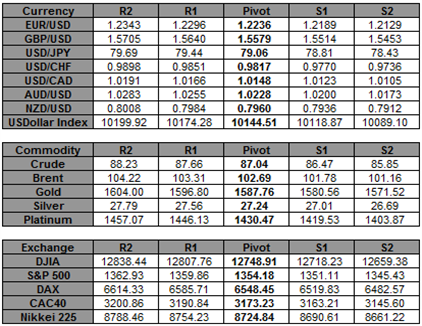