Euro Continues to Struggle Despite Agreement on Spanish Bailout

The flight to safety was bolstered in the Asian session as Chinese trade data from June signaled a continued weakening of the Chinese consumer. Indeed, this is a problem for the global economy because the rising middle class of Asia – expected to be one-third of the globe’s population within the next decade – hasn’t actually risen yet. Significantly weaker domestic demand out of China stokes new concerns for the Asian growth picture, and it’s safe to say that the wider Trade Balance surplus in June is less impressive when considered wholly.

Despite the poor trade data, or rather perhaps in reaction to it, rumors have floated that the People’s Bank of China is readying to cut its reserve requirement ratio (RRR). While this stoked risk-appetite in the early hours of the trading day, the key developments in the markets today are rooted in Europe (no surprise here).

Euro-zone finance ministers announced that €30 billion would be available to help bailout Spanish banks by the end of July, signaling the first such step forward to help recapitalize heavily indebted banks. Furthermore, Spain was given an extra year to meet its deficit targets, which could be supportive of stronger growth in the near-term. The Spanish economy ministry noted today that the recapitalization plans should take approximately 18-months, and we thus believe that this will be the first of many bailouts for Spain.

And yet, despite these developments, the Euro is the worst performer today. Again, it appears that the measures agreed upon at the Euro-zone finance minister’s meeting have been deemed insufficient. Whereas Spanish bonds and equities have both rallied, the EURUSD has fallen back towards its 2012 lows set at the week open at 1.2255. At the time this report was written, the EURUSD had rebounded to 1.2295 from as low as 1.2262.

The Australian Dollar is the best performing currency, with the AUDUSD appreciating by 0.31 percent. The EURUSD is down by 0.17 percent as the Euro is the worst performer. The New Zealand Dollar is also stronger, up by 0.29 percent against the US Dollar. The British Pound is relatively unchanged against the US Dollar, up 0.04 percent on the day. The USDJPY is weaker, down 0.21 percent. 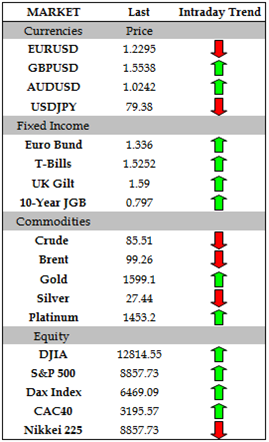 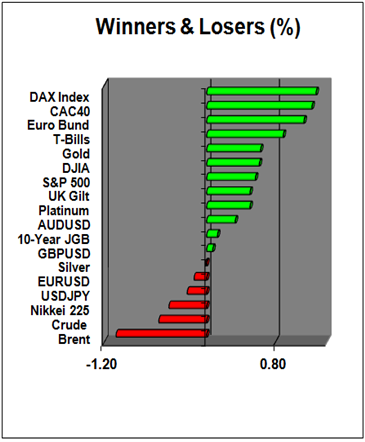 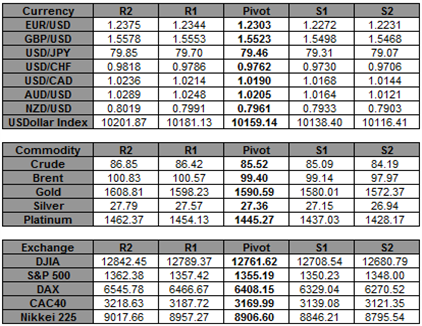