The flight to safety found some follow-through in the overnight, with Asian equity markets selling off and the Japanese Yen and the US Dollar finding additional capital inflows to start the second week of July. The big news, of course, is the data out of China. Both the June Consumer Price Index and Producer Price Index showed signs of further deterioration, suggesting of course that there could be a slower pace of investment into China (or deflation, but that seems to be a stretch at this point).

The inflation figures are important to consider in context of the big picture. This is the first sub-3.0% print on the year-over-year CPI reading (at 2.2%) since June 2010. Furthermore, the People’s Bank of China just cut its key interest rate by another 0.31% to 6.00%, the second such rate cut the past four weeks. Even more concerning is that these are the first moves to make monetary policy more accommodative since 2008, right before global financial markets fell into a tailspin. Accordingly, as history has shown, it takes approximately six-months for rate cuts to be filtered through an economy; thus data out of China might not pick back up for a bit here, keeping pressure on global growth prospects through the summer months.

But what’s concerning about the reaction we’ve seen among market participants to the policy efforts set forth around the globe last week is essentially that, without more easing or a major liquidity injection, everything else done by Europe’s leaders is essentially meaningless beyond a few hours or days.

The Australian Dollar is the worst performing currency, with the AUDUSD depreciating by 0.36 percent. The British Pound is the top performer today, gaining 0.10 percent against the US Dollar. The EURUSD has consolidated, gaining some 0.07 percent but a bounce is likely with technicals hitting extreme oversold conditions on short-term charts. The USDJPY is slightly lower, down 0.01 percent. 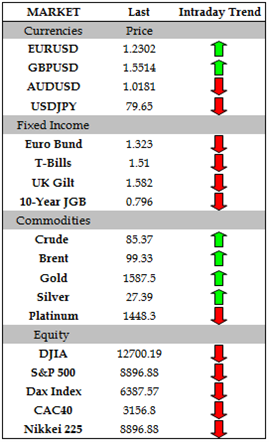 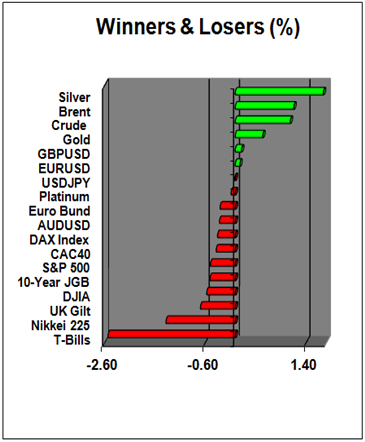 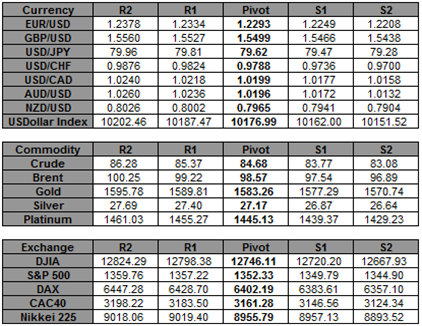