Price action was relatively muted in the overnight session with the majors consolidating in tight ranges against the US Dollar ahead of the crucial Bank of England and European Central Bank rate decisions this morning. However, those ranges were immediately broken starting at 07:00 EDT / 11:00 GMT when the Bank of England announced their latest monetary policy decision.

With the Bank of England raising its Asset Purchase Target to £375 billion from £325 billion, it appears the Monetary Policy Committee is readying the next leg of its firewall against a recession in the United Kingdom and any potential fallout from the Euro-zone sovereign debt crisis. While the British Pound rallied a bit after the policy announcement, the impact of an additional £50 billion should dilute the currency’s value over the medium-term; and despite the immediate rally today, I expect the Sterling to weaken going forward.

Shortly after the Bank of England rate decision, the People’s Bank of China, in a surprise move, cut its one-year Yuan lending rate by 0.31 percentage point and the one-year deposit rate by 0.25 percentage point. While this sent the commodity currencies slightly higher, gains were limited ahead of the European Central Bank rate decision – and rightfully so.

While I won’t go into the specifics of the rate decision (you can view those here), I will explain briefly the ‘white flag’ concept that I’ve discussed at length since early-October 2011. I noted that “a rate cut might have been a white flag of sorts: acknowledging the strains on the market and the necessity for lower rates could scare investors.” Certainly, this is what has transpired today – markets viewing the European Central Bank rate cut as a ‘mea culpa’ – rather than the alternative view that a rate cut would be a confirmation that President Mario Draghi viewed the recent Euro-zone Summit as a step in the right direction.

With the European Central Bank’s key rate now below 1.00% for the first time ever, it appears that there’s growing concern that not enough is being done to stem the crisis in Europe, and the situation is more dire than policymakers have led investors to believe. Case and point: the European Central Bank did not cut the key rate below 1.00% during the 2008 financial crisis.

The Euro is the worst performer today alongside the Swiss Franc, with both currencies depreciating by 1.13 percent against the US Dollar, at the time this report was written. The Bank of England rate decision has sent the GBPUSD down by 0.43 percent. The Australian Dollar is the strongest major against the US Dollar, with the AUDUSD sitting unchanged on the day. The USDJPY is up by a mere 0.08 percent. 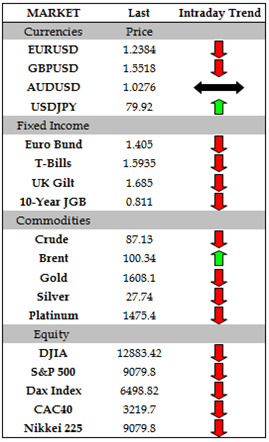 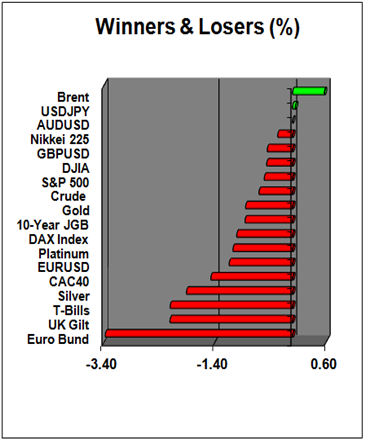 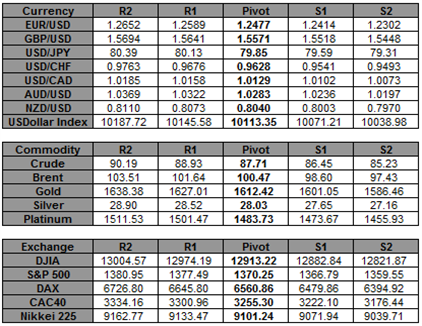