Volatility Calms Ahead of US Holiday; ECB Rate Decision Key

- Short Interest on the Rise – WSJ

The majors consolidated in tight ranges around the US Dollar in the Asian and European sessions on Tuesday, as little news out of Asia or Europe during thinner trading conditions prompted investors to sit on the sidelines. Historically, when we’ve seen major holidays occur in the middle part of the week, liquidity tends to be thinner for the majority of the week on the whole, and we expect the US holiday on Wednesday to give way to the same trading conditions.

Of interest out of Europe, the Irish government announced that it would return to the credit markets this week for the first time since it received a bailout in November 2010. The Irish National Treasury Management Agency plans on selling €500 million of bills on Thursday, in what should help reestablish the Irish government’s foothold in international credit markets. Market participants are feeling more secure about Irish debt, with credit default swaps (5-year) falling to their lowest level since Ireland requested a bailout in 2010, according to analysis compiled by Bloomberg News.

While this news should be beneficial to the EURUSD, so far, little has transpired. Mainly, this is due to the upcoming European Central Bank rate decision on Thursday, in which many are expecting the ECB to announce new measures to help fight the crisis.

The Euro-zone Summit yielded the results that the ECB has longed to see: political leaders coming together to implement a plan that will stem the crisis. However, any help from the fiscal side of the growth equation looks to be limited, and the ECB is essentially having its hand forced to implement new measures to help control the spread of the crisis from the periphery into the core. If the ECB cuts rates, it thus believes politicians have done enough to warrant further help from monetary officials; if the ECB does not change its policies, then it is a sign that the ECB believes more needs to be done by political leaders. A rate cut will be supportive of a stronger Euro – just like how the July 2011 rate hike was deconstructive.

The Canadian Dollar is the top performer, gaining 0.37 percent against the US Dollar thus far on Tuesday. The Australian and New Zealand Dollars are also slightly firm against the US Dollar, trading up 0.24 percent and 0.05 percent, respectively. The EURUSD is barely higher, up 0.05 percent. The Japanese Yen is the worst performing major, with the USDJPY appreciating by 0.46 percent. 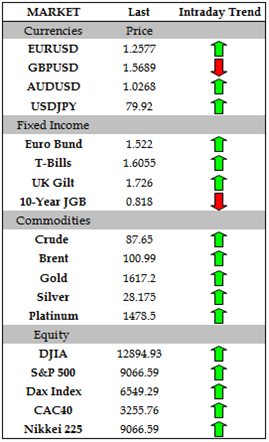 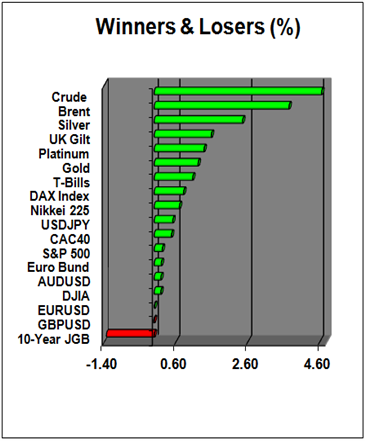 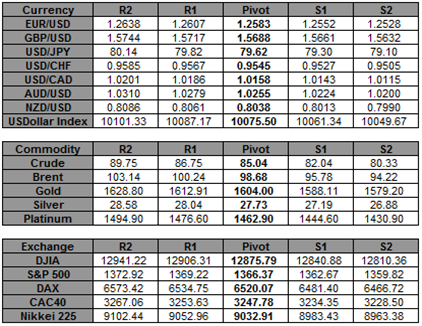