Aussie, Euro Have Best Days Since November on Summit Results

Oh, what a night. The past several days high beta currencies and risk-correlated assets were under pressure as expectations for any sort of measures from the Euro-zone Summit squarely resided at zero. The logic was, and remains, the European leaders lack the wherewithal to implement the necessary structural reforms to not only stop short-term financial pain, but also solve the long-term issues that created the sovereign debt crisis to begin with.

Certainly, one of those two was accomplished at the Summit this week, leading to the largest rally by the Euro in all of 2012. The US Dollar is having its worst day of the year; and overall, we’re looking at the single largest move by high beta currencies and risk-correlated assets since November 30, 2011, when the Federal Reserve announced its two-year currency swaps with the European central banks. Oh, what a night.

Taking a step back from the charts for a second, we should take into consideration the parameters of the measures disclosed at the Summit in order to determine whether or not today’s near-2 percent move in the Australian Dollar and the Euro are going to be long-lasting, or whether or not we’re seeing some additional volatility due to the end of the month and the quarter.

In my opinion, there are four glaring holes in the Summit’s announcements. First, it’s clear that given the language contained within the statement, any bank recapitalization plan by the European Stability Mechanism (ESM, which replaces the EFSF, the European Financial Stability Facility) is not a guarantee; it is a possibility if strict conditions are met. Secondly, and staying on the ESM, these changes now must be ratified by all 17 Euro-zone members; and Germany still needs to ratify the first agreement. So the ESM is far from being activated. Third, the idea of direct bank recapitalization will not sit well with tax payers in the European core. And finally, fourth, the bailout mechanisms, in my opinion, are doomed to fail once Italy and Spain tap them. Once these countries tap the funds, the burden falls onto the healthier countries, and we’ve already seen that Germany will be hard to convince to contribute more funds.

If there’s a positive to this Summit, it would be that seniority was removed from the ESM. This means that private bondholders, who were forced to take a haircut on Greek loans, won’t experience the same pain; this should help Spanish yields recover. They have thus far, with the Spanish 2-year note yield falling to 4.267% and the 10-year note yield falling to 6.393%.

The Australian Dollar is the top performer today, surging by 1.99 percent against the US Dollar thus far on Friday. The EURUSD is significantly stronger as well, appreciating by 1.94 percent. The New Zealand Dollar has followed higher as well, with the NZDUSD appreciating by 1.90 percent. The Japanese Yen is the worst performer, with the USDJPY rallying for a mere 0.16 percent. 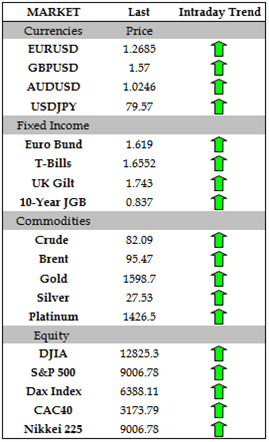 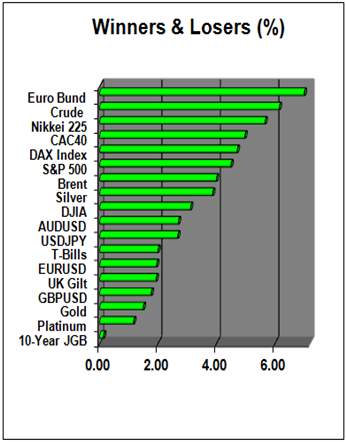 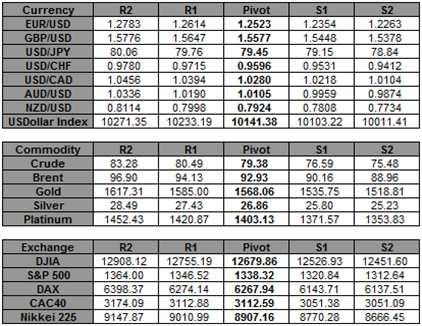