Data was sparse in the overnight (as it is for the most of the week), giving way to some consolidation if not some slight upside in Asian and European equity markets. Similarly, and as expected, high beta currencies and risk-correlated assets rebounded as well following yesterday’s decline, led by the commodity currency bloc. Amidst the rally by the Australian, Canadian, and New Zealand Dollars has been some notable strength by the Japanese Yen, which has continued its rebound after the USDJPY was rejected at 80.60 on Friday.

Helping push the Yen higher has been an under the radar flight to safety in Asia, with recent data by the Bank of Japan confirming this. The BoJ’s balance of reserves held by banks and financial institutions at the BoJ rose to a record ¥43.49 trillion; and the massive current account surplus at the BoJ suggests that investors are preparing for the worst. For historical reference, the previous record for reserves held at the BoJ was set last year, when reserves totaled ¥42.57 trillion in the wake of the Japanese earthquake and ensuing nuclear disaster.

Adding to the underlying risk-off momentum – one that hasn’t really materialized today, but as noted, I believe that bonds tend to lead all – has been disappointing credit market developments out of Italy and Spain. Out of Spain, short-term borrowing costs nearly tripled at an auction this morning, with the yield paid on 3-month bill shooting up to 2.362% from 0.846% just a month ago. On 6-month bills, the yield paid rose to 3.237% from 1.737% in May.

Meanwhile, in Italy, both data and this morning’s credit auction have further added to the Euro’s woes. Italian Retail Sales in April contracted by 6.8 percent on a yearly-basis, a clear sign that consumers have been paring back their consumption habits in expectation of crushing austerity measures coming down the pipe in the coming months. At the auction this morning, Italian 2-year notes’ yield paid rose to 4.712% from 4.04% in May, the highest such level since December 2011.

If anything, one thing is blatantly obvious: Italy and Spain are quickly headed towards bailouts.

The New Zealand has been the top performer on the day, with the NZDUSD rallying for 0.36 percent in thus far on Tuesday. The Euro has been the worst performer, shedding 0.16 percent against the US Dollar. The Japanese Yen is stronger as well, gaining 0.28 percent against the US Dollar. The other commodity currencies, the Australian and Canadian Dollars, are firmer as well, up 0.24 percent and 0.16 percent. 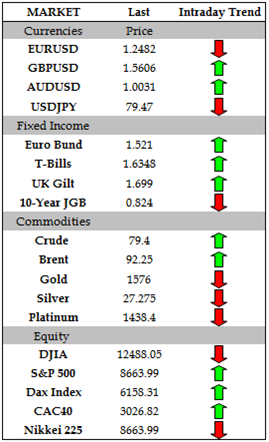 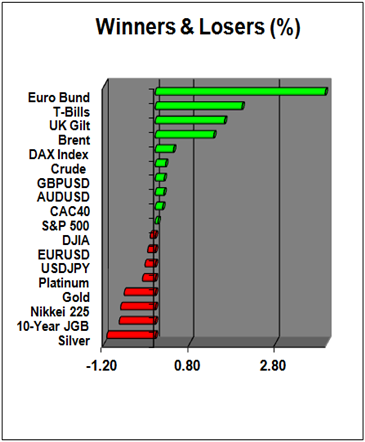 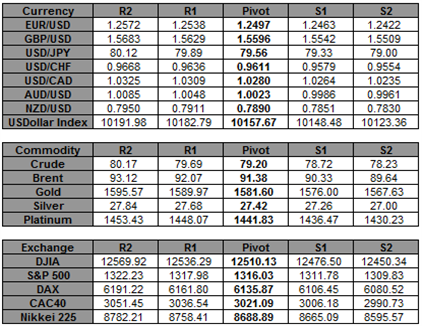