- Spain Told it will be Under “Troika” Supervision – Reuters

"I think we came out of the financial crisis, that confidence is restored and we are in the process of economic recovery." – Former French President Nicolas Sarkozy, March 27, 2012

Two and a half months later, former French President Nicolas Sarkozy couldn’t be more wrong. Over the weekend, and as first revealed on Friday via various mainstream media outlets, Spain announced that it was seeking €100 billion to bailout its banking system. As the fourth largest economy in the Euro-zone – and now the fourth country to seek an international bailout amid the worsening sovereign debt crisis – Spain has corned itself in the unfavorable position of necessarily succumbing to the broader Euro-zone’s demands in order to keep the country afloat. And, if to compound the issue further, Spain itself is facing a €36 billion funding shortfall through the end of the year, one that is likely to increase as growth slows.

Prime Minister Mariano Rajoy initially praised the plan, saying that “the European project, the future of the Euro and our banking system all won new credibility yesterday.” However, as he noted, “this year is going to be a bad one [for Spain], growth is going to be negative by 1.7 percent, and also unemployment is going to increase.” For a leader to admit these shortcomings only seven months after taking power – essentially an admission of defeat by calling for a bailout – concerns have to be raised that the €36 billion funding shortfall will increase and Spain will need a bailout itself (I believe they will not be able to avoid it). Any relief that risk-correlated assets receive on the heels of these European news over the weekend is likely to be short-lived considering that many questions exist now that the Spanish domino has fallen.

The fade from the rally has come sooner than anticipated – certainly I expected that the Euro would hold onto its gains for at least a day or so before market participants began to refocus on Greece, which has parliamentary elections on June 17 following the deadlock that took hold after the May 6 elections. The EURUSD gapped open significantly higher, from its close on Friday at 1.2514 to 1.2641 in early trade in Asia on Monday. In fact, the EURUSD peaked at 1.2671 in the interbank trading period over the weekend, but given these aforementioned concerns – not just over Spain but with the Greek election around the corner – the pair has faded quickly, and was trading at 1.2556 at the time this report was written.

Taking a look at credit, Spanish debt has not improved, with the 10-year note yield rising 17.6-basis points to 6.344 percent. Similarly, as contagion concerns over Italy grow, the Italian 10-year note yield jumped to 5.878 percent. Italian and Spanish 2-year notes are also weaker, with their respective yields rising to 4.057 percent and 4.379 percent.

The British Pound has been the top performer today, with the GBPUSD appreciating by 0.53 percent. The Japanese Yen has been the worst performer, shedding 0.06 percent against the US Dollar. The EURUSD, after opening one percent higher, is now only up 0.30 percent on the day. The commodity currencies are stronger as well, with the New Zealand Dollar leading, up 0.52 percent against the US Dollar. 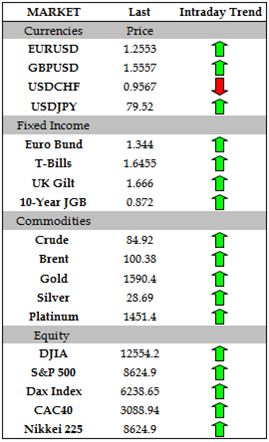 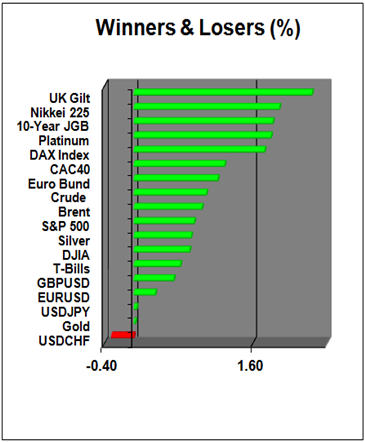 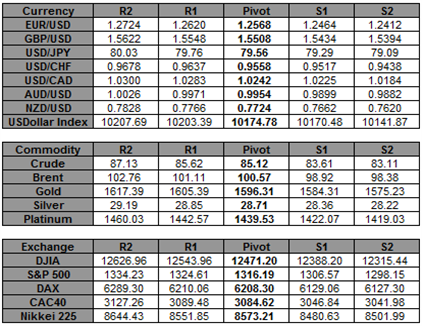