- No Hint from the Fed of Taking New Steps – WSJ

Yesterday I wrote, “When was the last time a Fed Chairman announced the plans for a major stimulus package at a Congressional testimony?” This indeed was the case, with Federal Reserve Chairman Ben Bernanke shifting away from the ultra-dovish tone that was expected by market participants and instead he continued to march to the beat of his own drum. Chairman Bernanke has spent the past several months emphasizing transparency and greater credibility at the Fed, and to think that a smattering of disappointing data prints would force a 180 degree turn in Fed policy – and thus diminishing the Fed’s credibility – seemed (and still seems) a little misguided. Thus, for now, quantitative easing remains a possibility, and as always, it will only come if it is absolutely economically necessary – a condition which hasn’t been met yet.

Price action in the overnight sold the “QE trade,” in such that market participants broadly shed higher yielding currencies and risk-correlated assets in favor of the US Dollar. With little important data due from either Asia or Europe (save the better than expected Japanese first quarter GDP reading), there was little reason to move into anything else than the Japanese Yen and the US Dollar, the top two performing currencies thus far on Friday.

Leading the weakness has been the Euro, which is under pressure following reports that Spanish Prime Minister Mariano Rajoy will meet with European Union officials over the weekend to request a bailout for his country’s ailing banking sector. While the Euro initially found strength on this news (the EURUSD rallied approximately 30-pips following the report), it soon sold off quickly and is sitting near session lows just after the US cash equity open. Let’s be clear: a bailout of Spain – one which was deemed unimaginable by the European leadership bloc – suggests that the crisis is now free to spread into the core. Primarily, this would amount to concerns over Italy arising, and with technocratic Prime Minister Mario Monti losing influence in his government, we may just yet be seeing the next leg of the crisis unfold.

The Japanese Yen has been the top performer today, with the USDJPY depreciating by 0.28 percent. The Euro has been the worst performer as discussed earlier, shedding 0.81 percent against the US Dollar (the Swiss Franc is also weaker alongside the Euro, having dropped by 0.81 percent). The commodity currencies are also weaker across the board, with the Australian Dollar leading losses, down 0.46 percent. 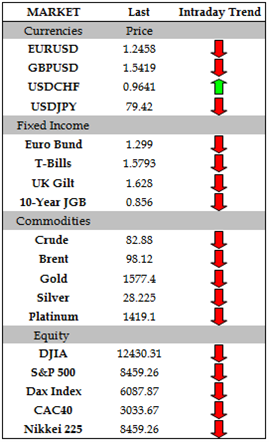 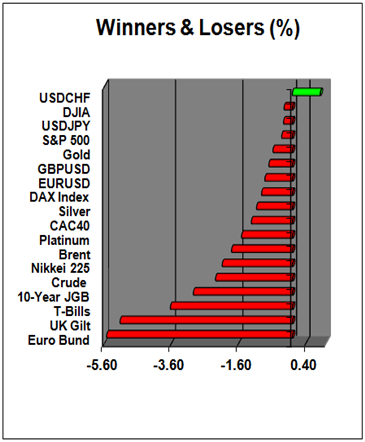 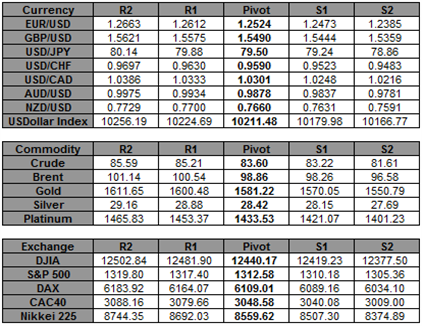