- US Productivity Fell 0.9% in First Quarter as Growth Cooled – Bloomberg

Risk-appetite was firmly positive in the overnight sessions, with the majority of gains by higher yielding currencies and risk-correlated assets coming in the early part of the Asian session. On one hand, comments by perma-dove and President of the Federal Reserve Bank of Chicago suggesting that the Fed was considering more easing stoked investors to shed their US Dollars and move into high beta assets, such as the Australian and New Zealand Dollars. Similarly, rumors emerged that China was considering another massive fiscal stimulus package to help spur slowing domestic demand. On the other hand, strong growth data out of Australia – perhaps the globe’s bellwether for commodity demand – suggested that concerns over a global slowdown may be overstated.

However, the European Central Bank rate decision and ensuing press conference today took the air out of the risk-appetite – if only momentarily. With rates on hold at 1.00 percent, the Euro sold off across the board with little new evidence of help coming from the ECB. By the end of President Mario Draghi’s press conference, however, the Euro had surged, suggesting that may the ECB may be altering its stance, if ever so slightly. So what did President Draghi say that prompted the rally?

Overall, it’s difficult to say that President Draghi was optimistic. He noted that “Euro-area growth remains weak” and that the “economic outlook is subject to downside risks.” He also said that “market tensions, unemployment [will] weigh on [the Euro-area] economy.” While these may be the prevailing facts, hope seems to be what’s driving trading activity. President Draghi’s two key comments – that the ECB is watching data closely and is prepared to act, and that a few council members called for a rate cut today – suggest that another round of easing or at least some new stimuli efforts will be set forth as spurred the risk-on rally. Thus, while the EURUSD dipped nearly 0.3 percent during the presser, it’s of little surprise that the pair rebounded from just below 1.2450 to back above 1.2510.

Taking a look at credit, European bonds have responded favorable, especially after the comments that suggested help could be on the way and the policymakers are becoming more open to a rate cut. Most notably, on the shorter-end of the yield curve, the Italian and Spanish 2-year notes have improved, with their respective yields falling to 3.805 percent and 4.472 percent. The German 2-year Schatz yield has risen, suggesting that risk-appetite is firm, climbing back to 0.045 percent.

The Australian Dollar has been the top performer today following the explosive 1Q GDP reading, with the AUDUSD appreciating by 1.43 percent. The New Zealand Dollar is also firmly stronger, up 1.16 percent against the US Dollar. The Euro is slightly higher as well, up 0.39 percent. The Japanese Yen remains weak, with the USDJPY having shed 0.46 percent thus far on Wednesday. 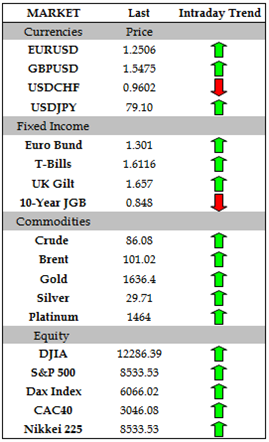 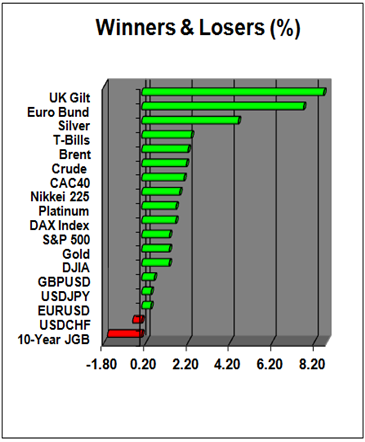 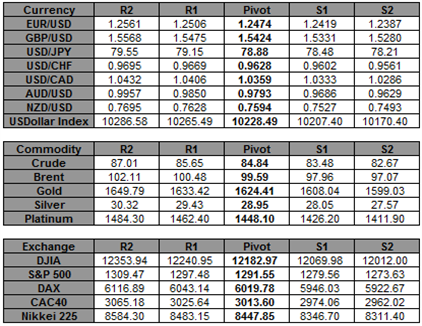